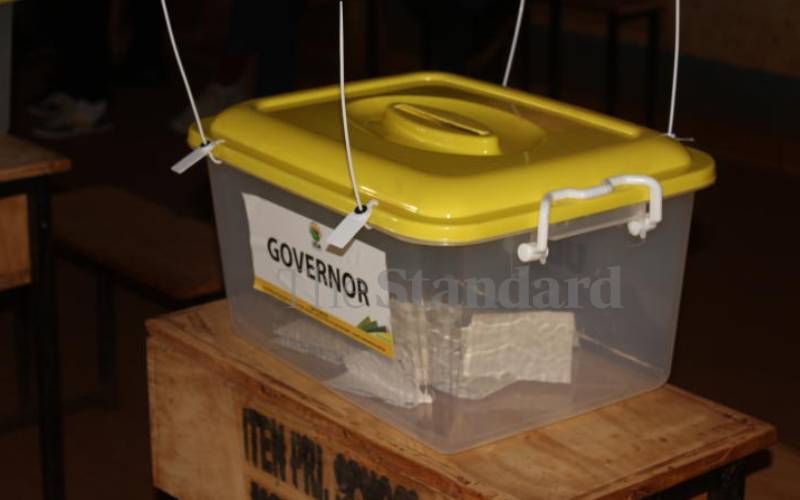 It has been several months of noise and insults. Months of spreading lies, half-truths and alternative facts ahead of the party primaries that ended two days ago.

The results of the primaries should serve as a guide, as this was the first verification exercise.

As we prepare for the main elections, we should start asking the hard questions and we should not allow ourselves to be distracted by the noise as has been happening for several months.

While it should ideally just be a silly short season, in Kenya the campaign period lasts for years, and politicians like it that way because it gives them more time to confuse the electorate.

All the rhetoric they feed us over these months is meant to distract us from taking them to task, and we all fall for it, and then parrot their lies and conspiracy theories.

The current campaign season began immediately after the last general election. Winners began to see political enemies everywhere, inside and outside their offices.

They began campaigning against their real and imagined enemies, planning how to move on to other seats or defend what they had.

Since then, Kenyans have been bombarded with all kinds of messages, none of which address the issues they face on a daily basis.

All the promises made before the last election were barely kept but they kept on doing more and swearing to improve lifestyles and end all the problems that existed before they took office and multiplied during their tenure.

Those who aspired to overthrow them also came with promises and, as usual, lies, half-truths and alternative facts. Chest pounding was the name of the game.

Each of them was sure to crush the other – and there’s nothing wrong with that – only that they were all selling the same lies, packaged differently.

But the party’s primaries did quite a few, as those who expressed confidence that they would keep their seats, improve or topple the incumbent fell by the wayside.

That they were rigged should not be of concern as Kenyans have been cultured not to accept defeat – at almost all levels of governance and in many professions.

It is probably only in Kenya that so-called eminent lawyers lose cases and then lament on social media platforms that the judiciary is corrupt, but praise its independence when they win.

While Kenyans can now claim to have controlled the politicians and there are still a few good ones left, there is still a mix of charlatans, cheats, scoundrels and outright criminals.

If ours were a civilized society as we claim, some of the people on the ballot in August should be behind bars for life, not here promising us heaven and earth and letting us down.

In this silly season, they named the problems Kenyans are facing and pledged to solve them. In the process, they blame other people and forces, and never admit at any time that they caused the problems.

It is common knowledge that they are responsible for the bad economy and the high cost of living. They passed every law that increased borrowing, introduced new taxes, or increased the rates of existing taxes.

The laws that condemned Kenyans to a life of suffering have been passed by the current generation of elected officials who want to either defend their seats or move on to others from where they can protect their loot, or fly comfortably and cover themselves the back.

None of them want to take responsibility, and all are rating themselves very well, but we can see and feel how poorly they performed.

They live in their heads, and when they go out, they attack each other, insult each other, call some projects and voting machines that Kenyans are, encourage them, then return to their hovels to brood over their problems.

However, all is not lost. In the few months that remain, they should be taken to task on their promises. If Kenyans accept being distracted and not asking the tough questions before the elections, the situation will only get worse and the suffering will not end.

Supreme Court to hear case of Joe Kennedy, high school football coach who lost his job after praying on the field

See, review: Is India making a mistake by excluding Saina from CWG?