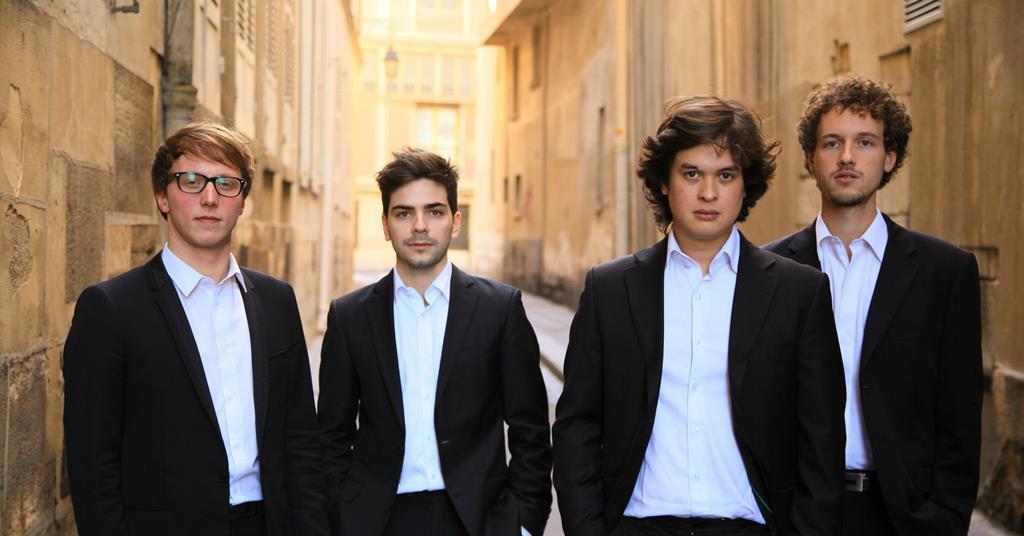 The following is an excerpt from ‘Strategies for Success’, The Strad’s article on competition preparation, published in the September 2015 issue

We were pretty meticulous about our training regime before the Wigmore competition. Cellist François Robin joined the quartet about six months earlier, so we began methodically planning our practice time at that time, deciding which of the quartets we knew the least well and which required the most detailed practice, and making sure we were all prepared before each rehearsal.

We focused on the repertoire of the first round, which required us to play four quartets, and which had the greatest risk of slippage. We have all listened to historical recordings of each work. I think it’s especially important for quartet members to understand the performance history of a piece, perhaps because there are more “rules”, both rhythmic and harmonic, when it comes to playing in a string quartet. Perhaps the soloists have more leeway to find their own interpretation.

We study with Günter Pichler, former violinist of the Alban Berg Quartet, who has been extremely strict with us and is a master at spotting the finer details and finding what needs improvement. It turned out to be a great nerve-wracking experience: performing in front of him is more nerve-wracking than a concert or a competition! Valentin Erben, cellist of the Alban Berg Quartet, was part of the competition jury, so we knew that their interpretations would be quite close.

We also attended masterclasses with Canadian violist André Roy, who gave advice on how to present yourself visually. With him, we worked on projection in a relaxed and relaxed way: moving together, watching each other while playing, breathing at the same time, etc. Sometimes we practiced without the music in front of us, so we could focus more on each other. It was important for us to show the jury that there was a connection between us, which also helps when performing in front of an audience now.

In the last days before the competition, everyone inevitably felt more stressed and we had to stay focused to be relaxed and trust the other players. We didn’t train too much last week; we spent more time at the hotel playing table tennis. For us, the most stressful part of the competition is always the first round – partly because it’s the longest, and also because after that there’s already a sense of accomplishment. In the final round, you know that at least you will be able to play all the foursomes you have practiced, so there is no feeling of failure. Winning the top prize is just the icing on the cake.