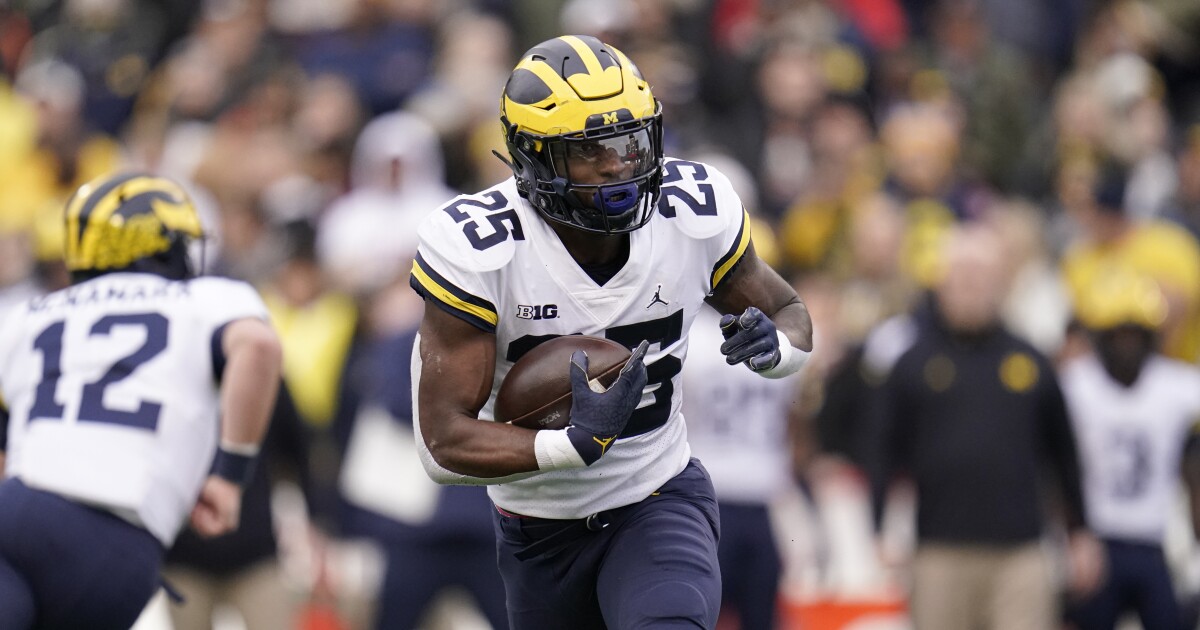 Michigan hasn’t won “The Game” since 2011. With the rise of Ohio state last month, a Wolverine victory would shock the world.

The Yellow Jackets are going to be crushed, but it’s still a chance to see Georgia before their clash in Alabama.

The Bears need a win and a loss in Oklahoma to face Oklahoma State for the Big 12 crown next week.

The Tigers don’t seem ready for Bama, but they’ve pulled off some crazy upsets in Iron Bowl before.

James Franklin and Mel Tucker appear to be staying. If Penn State drops to 7-5, their fans might not be too excited about it.

The Ducks can win the Pac-12 North with a Civil War victory. The state of Oregon needs a victory and a defeat in the state of Washington.

If the Cowboys win â€œBedlamâ€ and the Big 12 title on Dec. 4, they will have an argument for the final playoff spot.

The Fighting Irish are expected to punch the struggling Cardinal and stay alive for an unlikely playoff spot.

Can BYU go 5-0 against the Pac-12 this year and make sure USC doesn’t go bowling? Probably.

Chip Kelly’s hot seat has cooled a bit over the past two weeks, but a loss to Cal could heat it up right away.

‘Anstream’ and ‘theHunter: Call of the Wild’ free on Epic Games Store, ‘Dead By Daylight’ and ‘While True: Learn ()’ next week