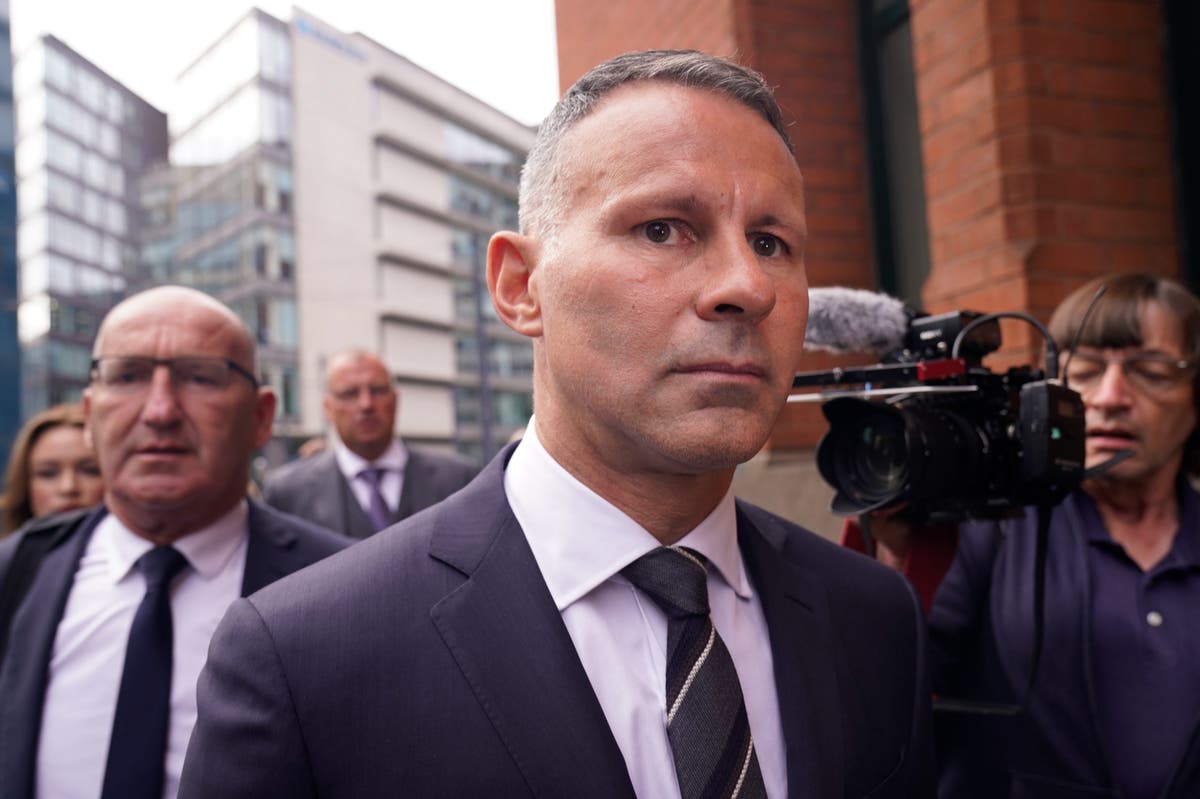 Former Manchester United footballer Ryan Giggs has arrived in court to stand trial over allegations he was violent, controlling and coercive towards his former girlfriend.

The 48-year-old denies kicking Kate Greville in the back and throwing her naked in the hallway while staying at the Stafford Hotel.

He is accused of bombarding her with messages when she asked him about his ties to another woman and the breakdown of their relationship.

Giggs is facing allegations he drunkenly headbutted Ms Greville, 36, and assaulted her younger sister Emma during an incident at his home in Worsley, Greater Manchester on November 1, 2020.

The former Wales and Manchester United winger was surrounded by an entourage when he arrived at Manchester Minshull Street court on Monday morning, weaving his way past waiting photographers.

He dodged a line of people waiting to be admitted into the building.

The retired footballer was originally due to appear in January but the case was delayed due to the backlog of cases in the criminal justice system.

A revamped trial before Judge Hilary Manley is set to begin Monday with the swearing-in of a jury and the prosecutor’s opening speech.

In a statement when he was first charged, Giggs said he “can’t wait to clear my name.”

The first day of the criminal trial, which is expected to last ten days, is being held in Manchester Minshull Street, before returning to Manchester Crown Court on Tuesday.

The change was due to an asbestos problem at the Main Crown Court, which caused it to close last week.

Giggs initially stepped down from his role as Wales international director of football to fight the allegations, but quit the job altogether in June, saying he wanted to allow the team to prepare for the World Cup in Qatar with “certainty, clarification and without speculation”.

He has won 64 caps for Wales and is a co-owner of League Two side Salford City.

Giggs is out on bail with conditions not to contact Ms. Greville or her sister.