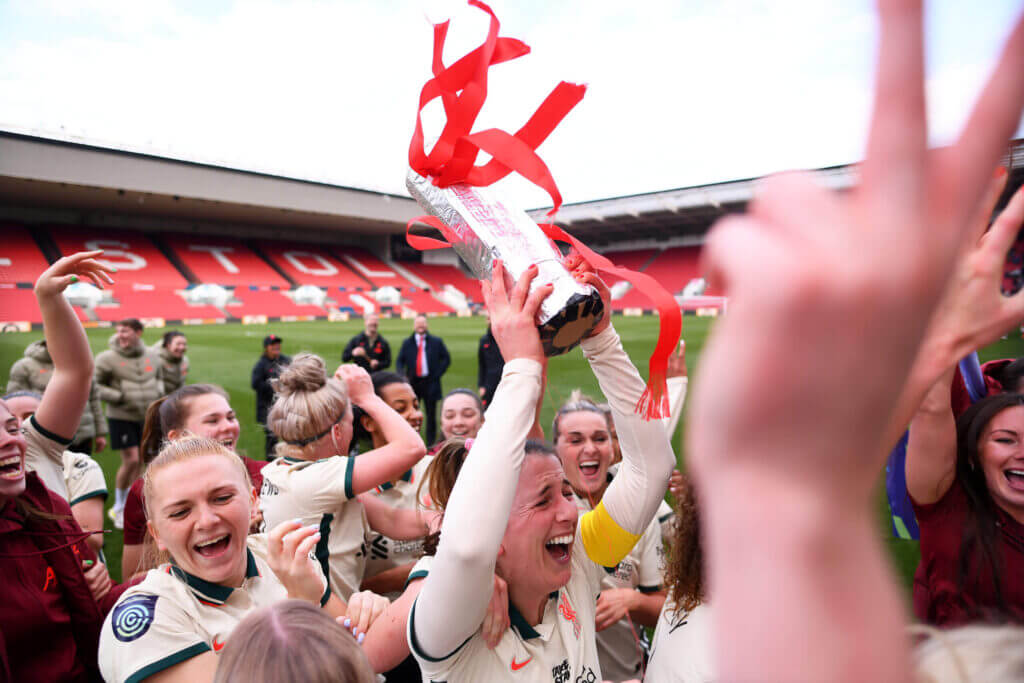 Return, rebuilding and the future – how Liverpool returned to the WSL – The Athletic

Liverpool captain Niamh Fahey speaks hours after scoring the opening goal of a 4-2 win at Bristol City that secured her club’s return to the Women’s Super League.

Matt Beard’s side needed one point of the game at Ashton Gate, but they took all three to ensure they crossed the line with two games left and extended their unbeaten run to 19 games.

Fahey’s first goal got the party started. A long throw from fellow Irishman Megan Campbell took its toll – not the first time it proved to be an effective weapon for Liverpool – and Fahey took advantage.

But it shouldn’t be fun. Aggie Beever-Jones equalized for Bristol City within a minute, with the Chelsea loanee catching Rachael Laws with a cross that dove into the Liverpool keeper.

Laws is one of the team leaders along with skipper Fahey and vice-captain Rachel Furness. It was this trio who organized a team meeting before kick-off. Teammates were told to seize this moment – ​​the one they had spent last season building towards.

Jasmine Matthews, Fahey’s partner in midfield, ensured Liverpool headed into the locker room with a lead. This time it was a Campbell free-kick that panicked Bristol City and Matthews was there to take advantage.

When January signing Katie Stengel put Liverpool 3-1 up just before the hour mark, all hope for Bristol City was gone. That was until Abi Harrison scored his 15th goal of the season 10 minutes later to put the game in the balance again.

Still, the end of the game was far from nervous, with Liverpool still looking confident that the game would be over.

Will Dan Gilbert be the new owner of Chelsea Football Club?