Cody Drameh is reportedly open to a return to Cardiff City if first-team opportunities do not present themselves regularly at Leeds United next season.

Leeds are watching Drameh thrive on loan, after the young full-back was forced to move to Cardiff in the January transfer window.

There was no call option slotted into that loan deal at the start of the year, meaning Drameh is expected to return to Elland Road before 2022/23.

However, despite this, there could still be a chance of Drameh leaving Leeds again if first-team opportunities and regular playing time aren’t there under Jesse Marsch, according to Wales Online.

“However, Drameh has made his feelings clear to Cardiff. If he is not guaranteed regular playing time at Leeds United, he would be open to accepting a return to the Welsh capital. Leeds will probably want to keep him for pre-season to assess him and Cardiff might not want to find themselves in a situation similar to the one they had with Ryan Giles towards the end of the January window. But Drameh loved his time at City and while he thought it would be for the best of his career to have another year of regular Cardiff football under his belt, he showed he was stubborn enough to make that decision. .

The 20-year-old has made 18 Championship appearances since joining Cardiff, registering three assists for Steve Morison’s side to help them pull away from the relegation zone.

Prior to that, Drameh had emerged at Leeds, making five appearances under Marcelo Bielsa: three in the Premier League and two in domestic cup competitions.

Does Drameh have a future at Leeds? 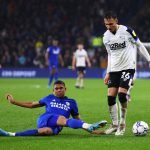 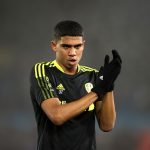 Considering the circumstances under which Drameh left during the January window, it’s completely understandable.

Having moved on loan and played regularly, Drameh will hardly come back to Leeds and sit happily on the bench or in the U23s – he will expect game time.

Given his performance in the Championship, Leeds need to watch him in pre-season and offer him the chance to work his way into Marsch’s plans.

Luke Ayling remains the club’s right-back but there is reason to start looking past him as 2022/23 approaches.

Drameh should hopefully get the chance to claim his place in the team before anyone else.

If not, you can definitely see him again in Cardiff.