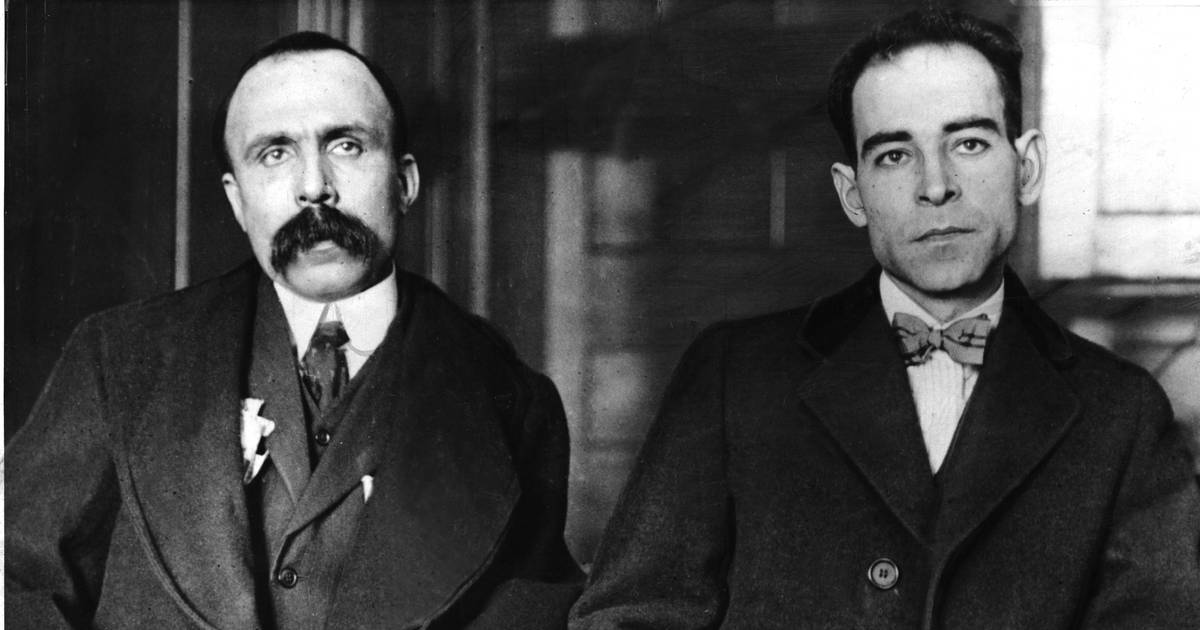 Jersey City: Voicer Jamie Geiger is “sick and tired” of hearing about the trials and tribulations the immigrant ancestors of “upper class neighbors” have gone through. Geiger concludes the absurd rant by asking if our ancestors rose under the same conditions that black Americans experienced.

Geiger desperately needs a history lesson. Italian immigrants suffered greatly, including lynching. For example, on March 11, 1891, 11 Italian Americans and New Orleans immigrants were murdered by a mob for their alleged role in the murder of Police Chief David Hennessy. It was one of the largest mass lynchings in American history. Two Italian immigrants, Nicola Sacco and Bartolomeo Vanzetti, were wrongly accused, imprisoned and executed for the murder of a security guard and a paymaster during a robbery. While Joe DiMaggio delighted New York with his hitting streak in 1941, his parents were classified as “enemy aliens.” They were required to carry photo ID books at all times and were not allowed to travel outside a five-mile radius of their home without a permit. Joltin’ Joe’s father was barred from San Francisco Bay, where he had fished for decades, and the US government confiscated his boat.

The discrimination and distortion of those of us of Italian descent continues to this day. Hollywood still takes liberties in portraying Italians as gangsters and mobsters. Perhaps Geiger is “shattered” that the upper-class neighbors’ ancestors overcame adversity and did something with their lives instead of just lamenting and complaining. Jack D’Elia

Manhattan: To The Voicer Fred Schoeneborn: No, Fred, not guesswork but actual unwritten truths within my community – truths obviously and blatantly dismissed by perceived privilege and utter ignorance of people like you and your ilk republican. And just like black people, white people are more downcast by their own kind. The only difference is that black people are also shot by cops. And finally, I urge Democrats to repeal gun laws and the Second Amendment. Sterling Waterman

Staten Island: Do you know, Voicer Bob Pascarella, that construction of a barrier on our southern border began in 1909? It was expanded in the 1920s. In 1954, the US government launched Operation Wetback, a project to deport illegal Mexican immigrants (who likely got wet swimming across the Rio Grande River). In 2006, George W. Bush signed into law the Secure Fence Act, partially funding the construction of 700 miles of fences along the Mexican border. Incidentally, the border fences built under the Bush and Obama administrations cost five times less than those built under the Trump administration. Remember, Trump said he would make Mexico pay for the wall. It cost us $20 million per mile! Eileen Zanelli

Days of the week

Find the five best stories of the day every afternoon of the week.

Larchmont, NY: Now that the House Select Committee on the Jan. 6 attack has supposedly completed its investigation, the fact that they plan to air the information on several prime-time television shows tells me that their conclusions are overwhelming. Instead of wasting time doing so, the information should be sent directly to the Attorney General for review. Based on his review, assuming the information is as bad as it sounds, Donald Trump and one of his accomplices should be charged with treason and prosecuted in court. The longer this thing drags on, the more likely he is to get away with his actions. If the midterm elections go as most pundits believe, all this investigation will be for naught. Steve Michaud

Glen Head, LI: Comedian Robert Cappio, still suffering from Trump Derangement Syndrome, hints that former General Michael Flynn ‘pleaded guilty to lying to the FBI and still got away with it “. Mr. Cappio omitted a major point: the FBI threatened to sue Flynn’s family and indict his son if he did not plead guilty! This is why Obama’s Department of “Justice” removed the prison term and recommended probation for Flynn. Was Hillary Clinton’s campaign attorney Michael Sussmann threatened by the FBI in any way? Highly unlikely! He just lied to cover Hillary’s ass! Robert Kralick

San Francisco: Second Amendment extremists like to use the phrase, “Guns don’t kill people, people kill people.” Assuming this to be true, then the only logical and common sense thing to do would be to do everything humanly possible to keep dangerous people (criminals, mentally ill, violent, etc.) from accessing firearms. , especially to weapons of war (AR -15s, for example). So is this the case? Not even close. Even though about 90% of Americans agree on sound, common-sense legislation like universal background checks and red flag laws, some people warn that even these more modest proposals would be a “slippery slope.” The truth is that by far the most slippery slope of all is to do nothing. For decades, the NRA has maintained that more guns are the answer. Obviously, it didn’t work. Time for a new approach. jimmy layton

Somers, NY: Excuse me, Voicer Robert Medoro, but your hyperbole is clearly evident when you think good gun safety measures will “eviscerate the Second Amendment.” Nothing could be further from the truth. Stop comparing common sense gun laws with driving a motor vehicle. If you want to compare, everyone should take a test and get a license to own a firearm. Please use common sense and human compassion when children go to school and are ruthlessly slaughtered with an assault type weapon. You can own a car but not a tank. You can own a gun, but you shouldn’t be able to own and use an AR-15. There is absolutely no need for such a powerful weapon. Let’s unite to help our representatives pass sensible and safe firearms regulations. No one is trying to take your guns away from you. Just make sure that weapons that can kill many people in a short time never become part of our arsenal. Michael Gold

Jacksonville, Fla.: I agree with Leonard Greene’s column in Sunday’s Daily News (“Maybe we need graphic photos of carnage as a wake-up call,” June 5) that cowardly Republicans in the Congress, who have their pockets full of NRA money, must have the gruesome images of the bullet-riddled bodies of these 10-year-olds thrown in their faces on national television! I bet if one of their children was shot in a school, they would quickly sing a different tune! 18-Year-Old Boy With Semi-Automatic Weapon Intended Only For War Kills 19 Children And Republicans Say It’s A Mental Health Crisis, Not A Gun Crisis! Are they stupid or just stupid? Carl Hafner

Larchmont, NY: I am appalled at the violence that is taking place in our country. Our young people are massacred in the East, in the West, in the South and in the North. It doesn’t stop. Unfortunately, we have lax laws in place that allow this. And we can thank one of our two main political parties for having, indeed, given the green light to the chaos perpetrated against our young people. No, I’m not talking about school shootings. I’m talking about abortion. Cecile Carrigan

Fort Lee: When the Yankees shut fans out on Friday nights and other days (including one of the Subway Series games), I turn on WFAN and tune in. When the game was on Peacock for an 11:30 game, the team didn’t care, but the post-game broadcaster definitely did. She doesn’t have a Peacock at home, so she went to the train station and found out they don’t have a Peacock at WFAN either! So she did what I did: she turned against John Sterling for the information needed to do the post-game show! Stupid, isn’t it, Yankees? As silly as having to sit at a computer or stare at a laptop and shell out a few hundred dollars a year to watch a baseball game, as noted by Voicer Jeff Tuck. Joan Weisberg