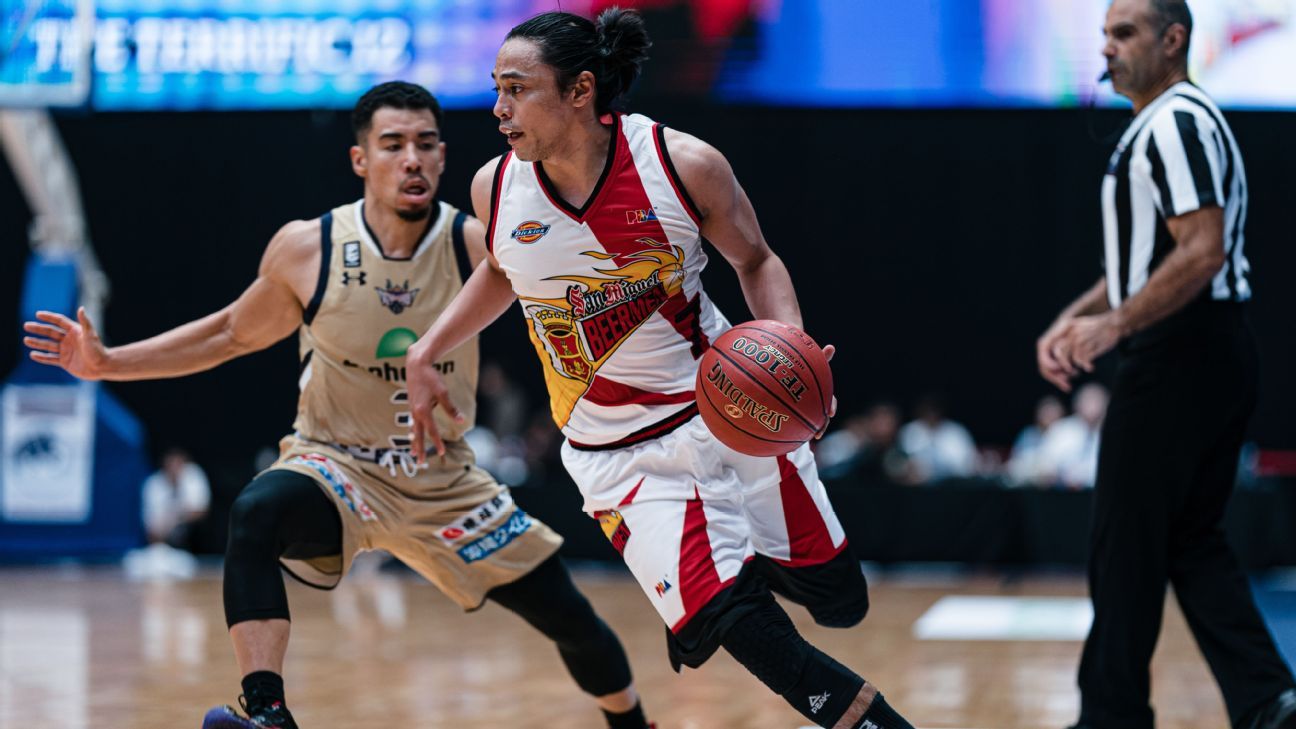 The newly launched East Asian Super League, which kicks off in October 2022 and features top teams from the Philippines, Japan, South Korea and Greater China, aims for the noble goal of being among the three best basketball competitions in the world in 2025.

Previously a preseason tournament that started with The Super 8 before expanding to The Terrific 12, EASL today announced an evolution – approved by the international sports governing body FIBA â€‹â€‹- that will include a football-style Champions League competition fully integrated into the national calendars of the respective nations concerned.

The first season which kicks off next October will feature eight teams: the previous season’s PBA champions and runners-up from the Philippines, the Japanese B1 League, the Korean Basketball League, the top-ranked team in the P.League + of Chinese Taipei. , as well as a franchise team representing Hong Kong – the Bay Area Chun Yu Phoenixes.

â€œWe really believe, given the demographics we cover and market trends, that we will be one of the top three championships in the world in terms of audience size and business revenue by 2025,â€ said EASL CEO Matt Beyer at ESPN. â€œIt’s ambitious but it’s achievable and we’re excited to do it. We really want to be a league for Asian fans, media companies and sponsors, that delivers a premium product in prime time. “

EASL plans to increase the size of the competition to 16 teams by Season 3, with much of that expansion coming from mainland China, while Macau could also feature in a franchise concept similar to Bay’s. Area Chun Yu Phoenixes from Hong Kong.

While the battle for nationalist pride in basketball has traditionally been reserved for the international stage, Geyer is excited about the prospect of such rivalry being replicated with more regularity across the EASL.

â€œFrom a sports fan’s perspective in Asia, I observed the hierarchy of interests in sports,â€ Beyer said. â€œAt the top, there are always the national team games with regional rivalries. Fans go crazy when they face a neighboring country and want to see how theirs behave. Then there is the NBA, then the national leagues.

We really want to use that fervor for these national team games and transfer it to a club competition, so that you can get these regional rivalries not every two or three years, but on a weekly basis. “

A similar concept, though encompassing a different region, has been around since 2009 in the form of the ASEAN Basketball League, which also featured teams from the Philippines, Hong Kong and Chinese Taipei, among others. One of the issues that the ABL has faced, especially in the basketball mad nation of the Philippines, is that it exists outside of the national PBA ecosystem, which EASL will not have to to worry.

â€œWe’re going straight to the top of the PBA, where the best talent from the Philippines comes together,â€ Beyer said. “It’s really important for us to have these win-win partnerships with all the leagues involved.”