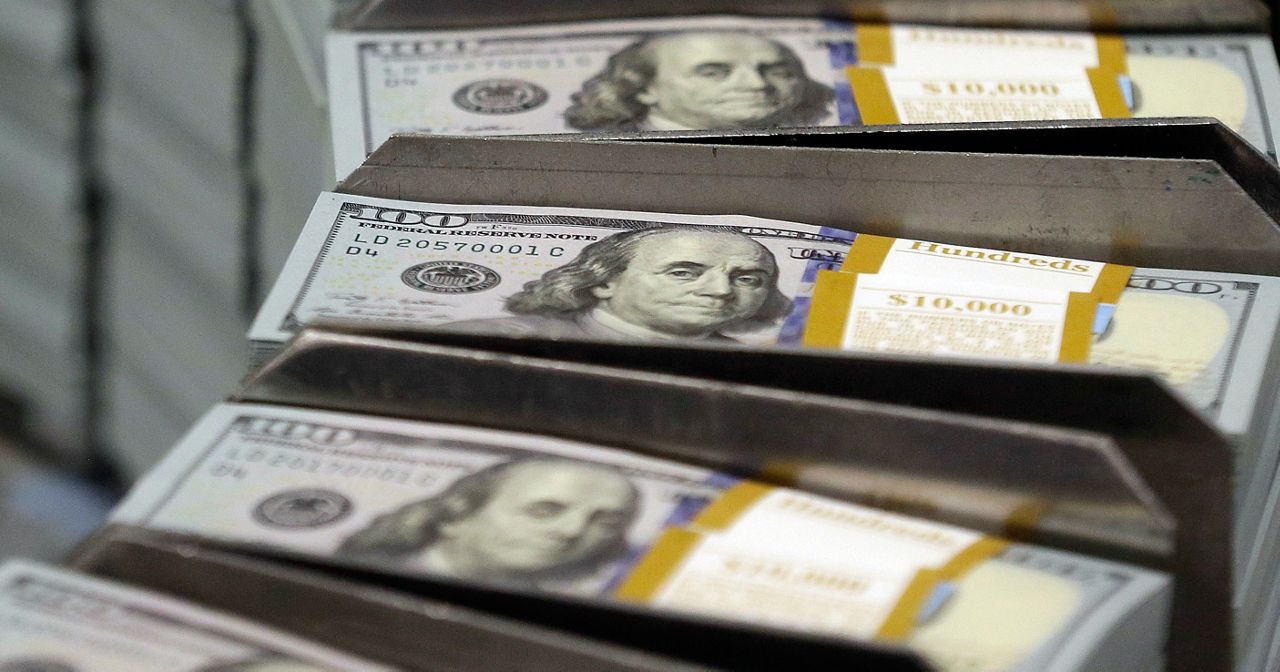 LEXINGTON, Ky. — High-interest payday loans are easily accessible and widely available. But for many residents, especially in Appalachia and other rural parts of Kentucky and the country, these loans can contribute heavily to a cycle of poverty.

What do you want to know

Payday loan interest rates can be expensive and difficult to repay. The research carried out by the Consumer Financial Protection Bureau (CFPB) found that nearly one in four payday loans are reborrowed nine or more times. It takes borrowers about five months to repay the loans and it costs them an average of $520 in finance charges on top of the original loan amount, according to a Pew Charitable Trusts report.

The average interest rate for a $300 14-day payday loan in Kentucky is 469%, according to the Center for Responsible Lending. Senate Bill 165, sponsored by Kentucky State Sen. Jason Howell, R-Murray, would increase the fees consumer loan companies could charge. Howell did not respond to an interview request.

The number of Kentucky residents getting payday loans fell 20% from March 2019 to the start of the pandemic in March 2020, according to a report provided to the Kentucky Department of Financial Institutions by the loan processing company Veritec Solutions. This represents a decline in loans of $8.3 million which are short-term, generally at high interest rates. The average payday loan in Kentucky is $348, according to the report.

Heather, an eastern Kentucky resident who spoke on the promise of anonymity, said she had terrible experiences with payday loans. She said they ruin people’s credit ratings when they think it helps them.

“They check your credit every time you get a payday loan,” she said. “It’s not worth going. Since the pandemic they have lost business. People will keep coming every month depending on when they get paid. Most of the time they can’t get get out of it for financial reasons and sometimes they wait for the income tax time to pay it back.Eventually they will come back to get more payday loans.

Kentucky Center for Investigative Reporting (KYCIR) showed the industry has turned to Congress for help in managing the downturn during the pandemic, and a group of lawmakers have asked former Treasury Secretary Steven Mnuchin and Chief of Small Business Administration Jovita Carranza to allow short-term, high-interest lenders access to Paycheck Protection Program (PPP) funding. Kentucky Rep. Andy Barr, R-Lexington, was among those who signed it, according to KYCIR.

Payday lenders have contributed more than $50,000 to Barr’s congressional campaigns, according to Open Secrets. Barr’s election opponents in the 6th District representing central and northeastern Kentucky have previously criticized his relationship with payday lenders.

Industry critics say the loans trap borrowers, including those in economically struggling Appalachia, in a cycle of debt. CFPB research shows that more than 75% of payday loan fees come from people who borrow more than 10 times a year.

Stacy Smith works at a bank in Kentucky. She said she would like to see payday loans made illegal.

“I see so many customers getting into bad situations because of payday loans,” she said.

In late 2020 and early 2021, several states moved to cap interest rates on payday loans to prevent consumers from getting in over their heads with these traditionally expensive loans during the COVID-19 pandemic. 19.

About 200 million Americans live in states that allow payday loans without heavy restrictions, according to the Responsible Credit Center (CRL). Even during the pandemic, consumers continued to seek payday loans with triple-digit interest rates.

Nebraska residents recently voted to cap payday loan interest rates at 36%. Before the ballot initiative passed, the average payday loan interest was 404%, according to the Nebraskans for Responsible Lending coalition. In January 2021, the Illinois State Legislature passed a bill that will also cap consumer loan rates, including payday loans and car titles, at 36%.

One effort to get residents out of the payday loan cycle is the Kentucky Financial Empowerment Commission (KFEC) Bank of Kentucky on the Network (KBON), a statewide partnership committed to increasing accessibility to banking and accounts for individuals and businesses across the Commonwealth. The Federal Deposit Insurance Corporation How the investigation of American banks found that nearly 8% of Kentuckians are “unbanked,” which is higher than the national average of 6%.

“I am delighted to bring the Bank On Network to the Commonwealth,” said Matt Frey, Executive Director of KFEC. “Having a banking relationship is the fundamental first step for many people and businesses on their journey to financial empowerment. Through the Bank On Network, organizations and financial institutions have a great opportunity to improve their communities.”

KBON members include organizations committed to increasing account access in Kentucky. Partners will learn from each other to grow Bank On throughout Kentucky. KBON will increase account access for those who need it, Frey said. KBON is an extension of Bank on Louisville. Launched in 2010, Bank On Louisville is a collaborative partnership of local government, financial institutions, and community organizations working to improve the financial stability of unbanked and underbanked Louisville residents. To date, Bank On Louisville has helped over 47,000 residents access safe and affordable bank accounts and connected over 25,500 residents with quality financial education.

“Getting payday loans is a cycle you can get yourself into,” Frey said. “It’s important to identify that it’s a cycle, because like many things, you can just pick up a bad habit. If you’re part of a difficult system that’s hard to get out of, what can you do? what steps can you take to combat this?”

Frey said people fall into one of two categories: those new to this payday loan cycle and those who have become addicted to it.

“For people who are new to this cycle, it’s a slippery slope, and we want to avoid going further down that slope,” he said. “To do this, my first recommendation to anyone in this situation is to bank – find a financial institution near you where you can cash checks for free so you don’t pay an interest rate of 400 % or fee for cashing that Check.Because both – the interest rate and the fee for cashing the check – will reduce your income and the money you deserve to keep.

Joining a bank also allows people to start a relationship with that financial institution, which can open doors to other safe and affordable loan opportunities, Frey said.

“You can get a line of credit of maybe $500 down the road and eventually could access a mortgage because of that relationship,” he said. “A second benefit of establishing a relationship with a financial institution is that it saves you the hassle. If you’re talking about Eastern Kentucky, from what I understand public transportation isn’t a strong point, so with those hurdles in mind, how are you supposed to know what the value of having a relationship with a financial institution that creates a bank account when you can even start that in the first place or you can’t even get there? »

Frey said life can be expensive when you don’t have access to a lot of resources, and pride can often contribute to falling into the payday loan cycle.

“It can be awkward to ask a family member or close friend for a small loan,” he said. “But what you have to do is try to put that pride aside.”

“They do credit consolidations, educational workshops on recidivism, and all kinds of efforts to help people break that cycle,” he said. “There are a lot of resources. It can be uncomfortable as an individual to encounter new situations. It’s something a lot of people experience. According to the FDIC, nearly 8% of Kentuckians don’t have a bank account, and what can we imagine about their behavior with payday loans beyond that?

Low-interest, low-interest payday loans are available in more than half of US states without many restrictions. Typically, consumers simply need to walk into a lender with valid ID, proof of income, and a bank account to get one.

States that do not have a cap have very high interest rates. Texas has the highest payday loan rates in the United States at 664%, more than 40 times the average credit card interest rate of 16.12%. Texas’ position is a change from three years ago, when Ohio had the highest payday loan rates at 677%. Ohio imposed restrictions on rates, loan amounts and term in 2019, bringing the typical rate down to 138%.