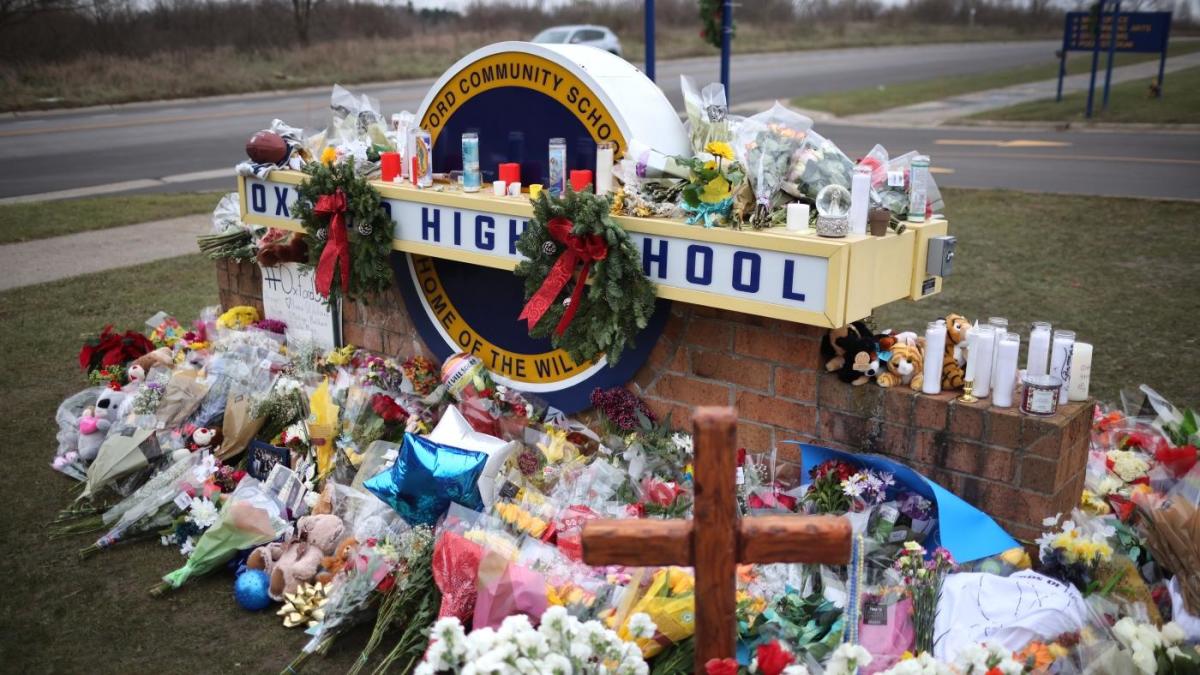 The Michigan Wolverines football team and the Detroit Lions will honor the victims of the Oxford High School shooting on Saturday and Sunday, respectively. The Lions will wear special t-shirts, hats and a helmet sticker in their Week 13 game against the Minnesota Vikings, while the Wolverines will wear a commemorative patch in the Big Ten Championship game against the Iowa Hawkeyes, according to a report by Tom VanHaaren of ESPN.

The Michigan commemorative crest is shaped like the Oxford “Block O” and features four hearts as well as the initials and number of Oxford football player Tate Myre. Myre, a star who was looking to play college football at a Division I school, was one of the students killed.

A total of four Oxford students were killed and seven were injured after a 15-year-old student opened fire on his classmates. The suspect, Ethan Crumbley, is charged with four counts of first degree murder and is billed as an adult.

In addition to the various tributes that will be worn by the Lions, there will also be a moment of silence before their divisional NFC North clash begins.

“We are concerned about these guys, so we want to represent them on Sunday,” Lions head coach Dan Campbell said, according to ESPN. “I know there will be a group of students, kids and people who have been affected watching this game, so right now that’s the best way to help them.”

Several Lions members have ties to Oxford, as Campbell, linebacker Alex Anzalone, and defensive coordinator Aaron Glenn ran into Zach Line while on the New Orleans Saints. Line, a former NFL full-back and originally from Oxford, is currently the head coach of the high school football team.