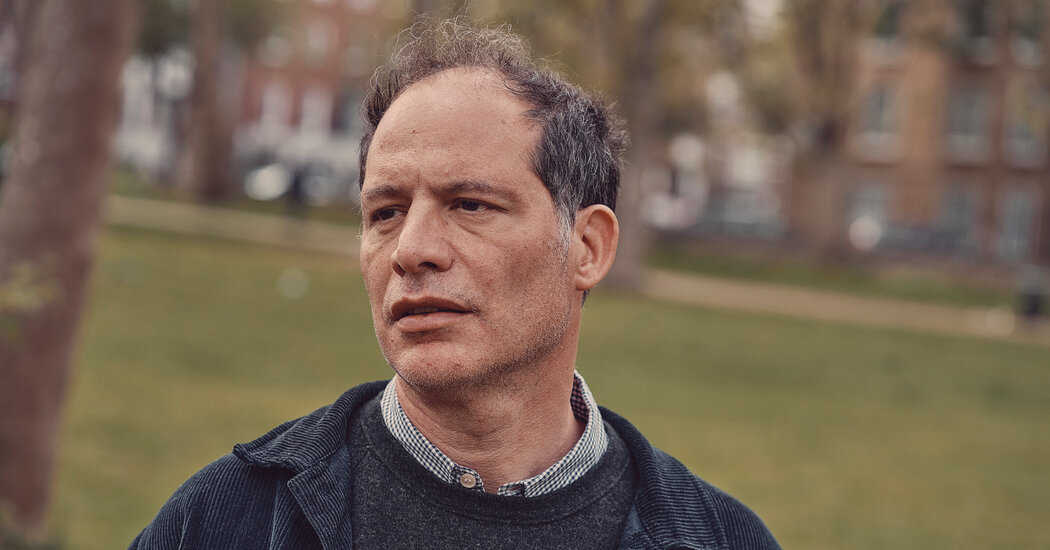 LONDON — Shortly after Simon Kuper started his first year at Oxford University in 1988, he noticed a student who was still carrying an umbrella, wearing a dark double-breasted suit and glasses from the old school.

“He looked like a Victorian vicar,” Kuper recalled recently, drinking tea at a restaurant in the London borough of Islington. “We made fun of him in the newspaper” – that would be Cherwell, the Oxford student weekly, where Kuper was a reporter – “while not realizing we were helping to build his brand.”

The man, and the hallmark, was Jacob Rees-Mogg, whose starchy, patrician style didn’t change when he rose through the ranks of the Conservative Party and who now sits in Prime Minister Boris Johnson’s cabinet as a minister of State for Brexit Opportunities and Government Effectiveness. He was just one of a tribe of young men – others included Mr Johnson; another future prime minister, David Cameron; a cabinet member, Michael Gove; and a former adviser to Mr Johnson, Dominic Cummings – who merged with Oxford in the mid and late 1980s and would go on to lead the country.

Kuper chronicles their habits, weaknesses and sometimes harmful behavior in “Chums: How a Tiny Caste of Oxford Tooks Over the UK”, published in April. The book profiles a group of future leaders at a time when few outside elite circles knew their names, and it taxonomys Oxford the way a nature documentary might explain the predators and prey of the Serengeti Plain.

Kuper, a 52-year-old columnist for the Financial Times, came to this zoo as a foreigner. He grew up in South Africa and spent the years between six and 16 in the Netherlands. His father was an anthropologist and his mother edited academic books, and tableside debate growing up prepared him for lunchtime combat in college.

It’s one of the reasons he never suffered from ‘impostor syndrome’, or the feeling, which he says was prevalent among his Oxford peers, that his confession was some kind of ‘writing error. His time at a public school in London for the equivalent of his junior and senior years had failed to instill in him the neuroses he found endemic to college.

“When I came to Oxford I saw that people were obsessed with class,” he said. “Friends of mine were paralyzed with anxiety about their accent, the way they dressed, the way they walked. As I was from overseas, the class system didn’t bother me.

Kuper’s own accent, which sounds conventionally English to these American ears, made him sound different from most people he met. As he explained, it comes across as classy to working-class and middle-class people and decidedly not classy to the wealthy. For the latter, he would be classed at Oxford as a “stain”, i.e. a former pupil of a public school, one rung of the social ladder below a “tug”, the term designating a graduate of one of the “small private schools.”

The prep school with the most cachet was Eton, founded in 1440, which awarded degrees to key ‘Chums’ figures. Kuper categorizes them as “toffs”, a term they sometimes use to describe themselves and which suggests secluded, smug, snobbish aristocratic types.

Looking back, even Johnson has described himself and his peers as somewhat obnoxious.

“What kind of sharp elbows, thrusting and fundamentally repulsive we were,” he wrote in his 2006 collection of essays, “Have I Got Views for You.”

Kuper made friends, played cricket, fell in love, and ate as well as he could at a university that placed little emphasis on cooking. He did not overlap with Johnson, who graduated with a Classics degree in 1987. Much of “Chums” is reportage based on interviews with the main characters as well as sightings of contemporaries and Oxford acquaintances. acquired by taking courses. Kuper was only vaguely aware of these forming panjandrums and never imagined that they would acquire national significance.

“They seemed too absurd,” he says. “For the book, I spoke to a friend I worked with at Cherwell who said, ‘I thought they were from the past and modernity would wipe out those ridiculous Etonians, with their white ties and their speeches.’ It didn’t occur to me that they had identified the path to power.

Part of that was simply going to Oxford, which has produced 11 of the UK’s 15 prime ministers since World War II. The rest joined the Oxford Union, a debating society founded in 1823. Housed in a grand neo-Gothic building with a library, billiard room, bar and debating room that could seat 450 people, it long served as a proving ground for the politically ambitious of all ideological stripes, a very public place to demonstrate a gift for improvised speech and wit.

Kuper had never heard of the Union before joining. The tofs, on the other hand, had dreamed of the bedroom since adolescence, he said, and practiced strutting past its crowded wooden benches at places like Eton’s political society, essentially the team nourisher of the Union.

The Union’s most coveted trinket was the title of President, and past holders of that office included Prime Ministers William Gladstone, Edward Heath and HH Asquith. Johnson’s father, Stanley, had tried unsuccessfully for the award in the late 1950s and it was inevitable that his son would make a similar effort, given his outsized aspirations.

Boris Johnson is ‘Chums’ most compelling personality. The shambolic style, the self-deprecating humor, the knack for zingers – it was all there in college, as was the elitist’s ambivalent approach to achievement. The goal was to wrestle effortlessly, which was considered a bit vulgar. “Effortless Superiority” was Oxford’s well-known unofficial motto then.

So his first campaign for the top job at Union, as described by Kuper, was a patently weak affair. His rival was a public school graduate named Neil Sherlock, who recalls Johnson not bothering to campaign and never hinting at his plans, should he win. (Sherlock had promised to revive the Union by recruiting more members.) To Kuper, Sherlock described the campaign as “meritocrats versus toff”.

As Sherlock said of Johnson in a recent video interview, “It was easy to portray him as a very established, ringside person who expected to win and had no idea what that was necessary to run an organization.”

Sherlock won a clear majority of some 1,200 votes and became a lobbyist for KPMG and PwC. Johnson took stock of the setback and won the presidency the following year.

Kuper argues in ‘Chums’ that if this framework had been rejected by Oxford, Brexit would never have happened. One of its earliest supporters was a student and future MP, Daniel Hannan, who created the Oxford Campaign for an Independent Britain in an Oxford cafe in 1990, when Euroscepticism was very old fashioned – except among friends.

Kuper also has an Oxford-rooted explanation for ‘partygate’, the catch-all term for the illegal festivities at No 10 Downing Street, which Johnson attended, breaking socializing laws his own government passed at the height of the pandemic.

In Kuper’s account, indifference to the law was – and remains – a prominent feature of the all-male Bullingdon Club, a rowdy group of wealthy college students who meet occasionally to eat, drink and smash things at a restaurant in their choice. Cameron and Johnson, both members of Bullingdon, attended a dinner party in 1987 where someone threw a potted plant through a restaurant window.

“The message of the Bullingdon,” says Kuper, “is ‘we make the rules, we can do whatever we want’.”

Kuper graduated with a degree in history and German in 1992, and his future stayed on the same path as the buddies when he and others got into what he calls “rhetoric industries.” With its tradition of narrowly focused curricula, Oxford had taught them to read, write, and jabber ironically, but little about science, finance, or much beyond their major.

Many have become journalists, a go-to career for literate generalists with the right credentials. Shortly after graduating, Kuper wrote “Soccer Against the Enemy”, a book about the impact of the game on politics, for which he traveled to 22 different countries. The game was of little interest to the toffs.

“It was looked down upon, if they thought about it at all,” he said.

He started at the Financial Times in 1995 and spent years writing a sports column. An undeclared qualification for the position?

“You needed an Oxford or Cambridge degree,” he said. “At the time, it was basically an obligation.”