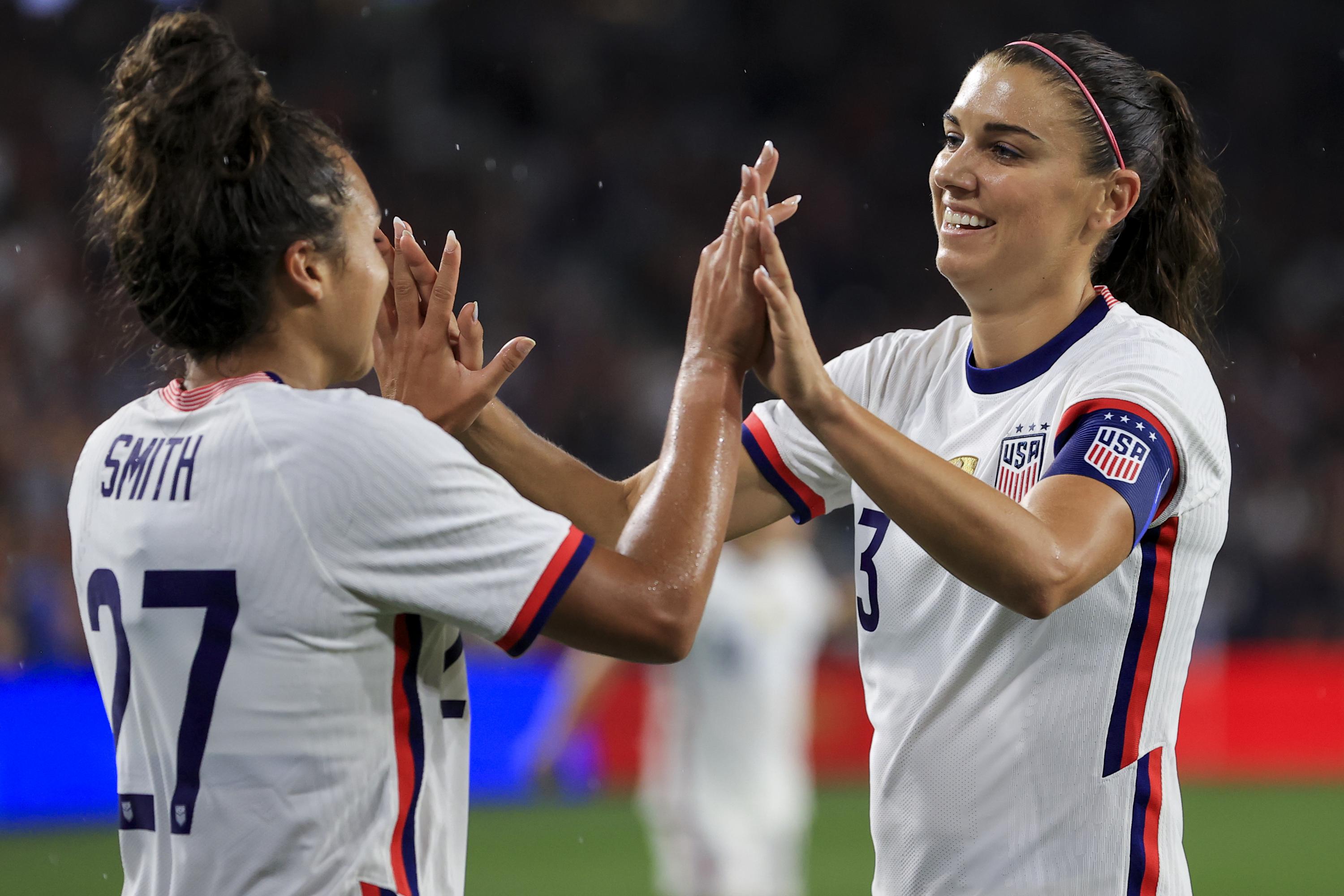 Alex Morgan said increased investment in women’s football must be part of any plan for a biennial World Cup.

Morgan, a star of the United States women’s national team, is part of a FIFA technical advisory group announced this week that is considering a proposal to host the World Cup every two years.

â€œWe looked not only at the financial part of the World Cup, but also the increase in the number of federations that have women’s teams playing all year round, not just in the playoffs once every four years – or maybe. be in the future once every two years, â€Morgan said. â€œSo how do we continue to encourage and invest more money in women’s football? It’s a huge part too, I don’t think you can have one without the other. You can’t have a biannual World Cup without addressing the financial issue. “

Morgan is open to the biennial plan, but didn’t quite approve of it on Tuesday when speaking to reporters ahead of Team USA‘s game against South Korea in Kansas City, Kansas.

“Just with the history of the World Cup, I think it’s really hard to grasp the concept of going from every four years to two years because historically that’s just what we’ve done and what what we’re used to, â€Morgan said. “But I’m also looking at the growth of women’s football and how it could really benefit club leagues around the world, it could really benefit each federation and their players in terms of visibility, in terms of the wider coverage of women’s football. “

FIFA revealed last month its aspiration to overhaul the calendar of international football competitions to take into account the holding of the Men’s and Women’s World Cups every two years.

The idea has been widely criticized. UEFA and CONMEBOL threatened to boycott the tournament and the International Olympic Committee also spoke out against the plan. FIFPro, the union of global players, has also raised concerns.

Morgan said a biennial World Cup isn’t a done deal, and that’s why the advisory board is important.

â€œThere is still a lot of discussion to be had, but I think this advisory committee was created to listen to the players. So if all the players would say, ‘No it’s crazy, we can’t do this, it will hurt women’s football in the world so much that we can’t get over it’ (FIFA President Gianni Infantino ) and FIFA will listen? Of course, “she said.” That’s what this advisory board is formed to do, is to have the consensus of the players who are actually going to be affected by this both positively and negatively. is not a decision taken lightly.