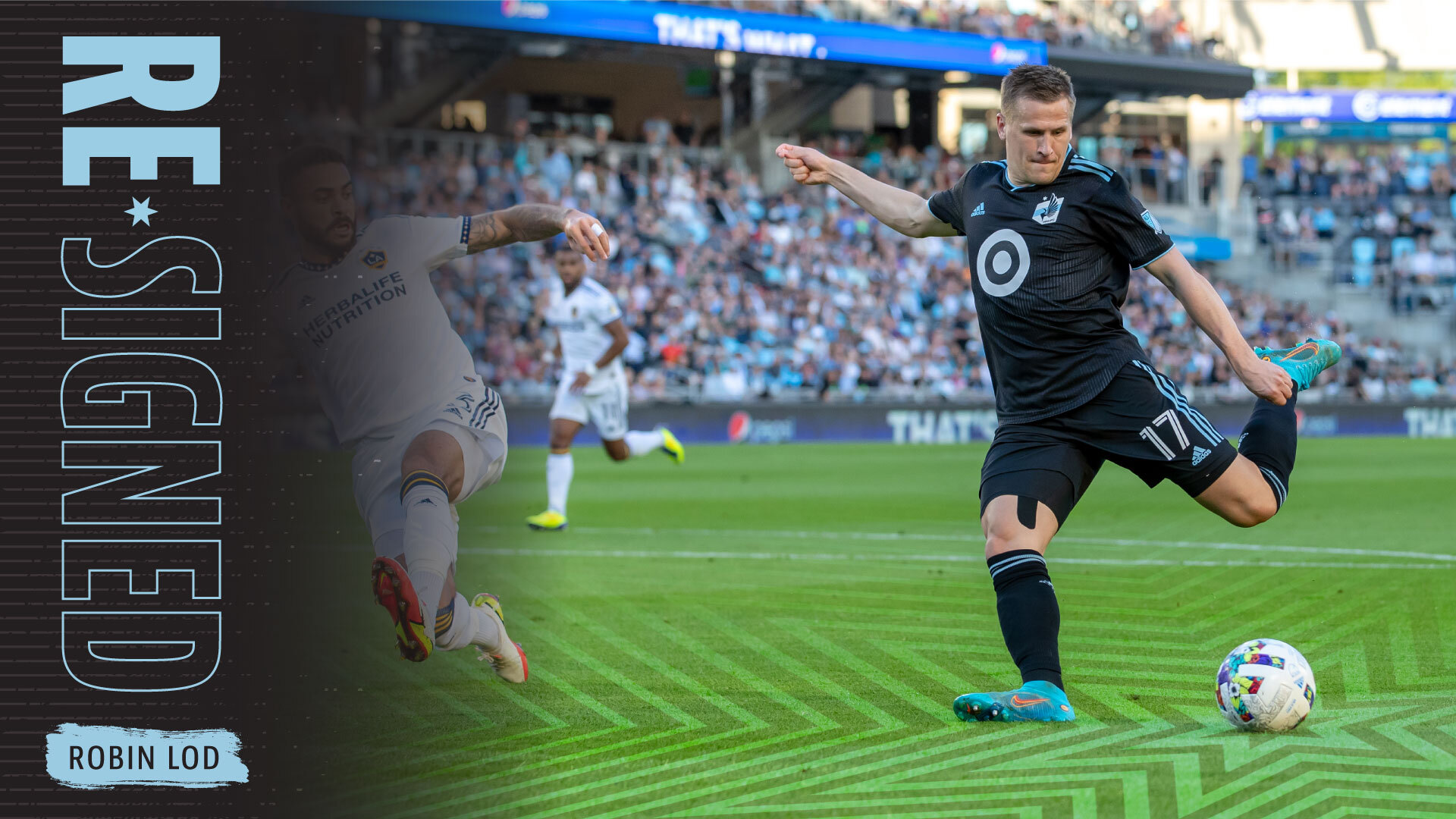 Minnesota United announced today that the club has signed midfielder Robin Lod to a new three-year contract, with a club option.

“I can’t add much to what I’ve said in the past, he’s a consummate professional, an incredibly intelligent footballer,” said head coach Adrian Heath. “Wherever we play him on the pitch, he contributes in a positive way. Pound for pound, he could be one of the best signings we’ve made since we’ve been in Minnesota. He’s been instrumental in everything we’ve done to try and get better and better and the fact that he has the versatility he has to play the way he does in so many positions is an incredible advantage for everybody. We look forward to working with him over the next few years. »

Lod joined the Loons from Spanish Liga 2 side Sporting de Gijon in July 2019, making his first MLS appearance for Minnesota United against the Portland Timbers on August 4, 2019. Since his Black & Blue debut, the Finland international has made 68 regular season appearances, 60 starts, scoring 22 goals – including his MLS record nine goals in a single season in 2021 – while providing 11 assists. Lod has notably started every MLS Cup playoff game for the Loons since the 2019 campaign, scoring a goal in 2020 against the Colorado Rapids on November 22, while providing an assist in 2021 against Portland on November 21.

This season, Lod has scored six goals so far and two goals shy of being the club’s top scorer in all competitions since the club joined MLS in 2017.

Internationally, Lod represents Finland in the Finnish national team. The midfielder made his international debut in 2013 aged 20 and has since had more than 50 caps for the national team, including an appearance in the 2018 FIFA World Cup qualifiers, six appearances in the 2022 FIFA World Cup qualifiers and most recently four UEFA appearances. Nations League B competitions. Additionally, Lod was part of the squad that qualified and took part in the 2020 UEFA European Championship for the first time.

The UP Pep Squad Abuse Allegations