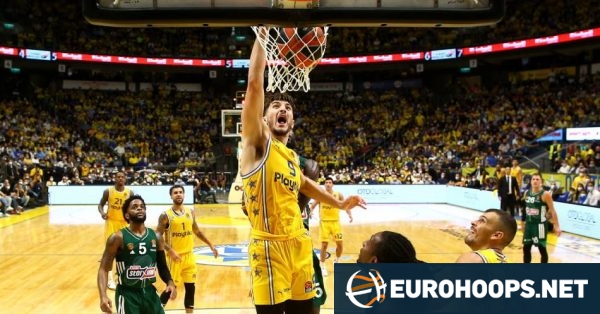 The team coached by Greek tactician Giannis Sfairopoulos has been inactive since January 3 due to several players and coaching staff who tested positive for COVID-19. In addition to domestic competitions, the coronavirus spike resulted in the suspension of round 19 and 20 home games against Bitci Baskonia and ALBA Berlin, respectively.

Several other matches in Europe’s first continental club competition have been suspended since Matchday 17. Zalgiris facing AX Armani Exchange Milan was the first game postponed due to positive COVID-19 cases.

All nine matches on Matchday 19 were put on hold before action resumed on Matchday 20, with four of the nine games going according to the original schedule during the double-match weekend. Apart from the Maccabi match, Zenit Saint Petersburg against ASVEL, AS Monaco against UNICS Kazan, Crvena Zvezda mts against Real and Baskonia against Anadolu Efes were not played.

Round 21 Olympiacos v Zenit, Fenerbahce v Alba, Zalgiris v Crvena Zvezda and Milan v UNICS have pushed the number of suspended matches back to 25. Six matches have since been rescheduled as the teams involved hope to recover from COVID positive . -19 tests and get the 2021-22 campaign back on track.

“CashPlease”: a small bank launches an alternative to payday loans