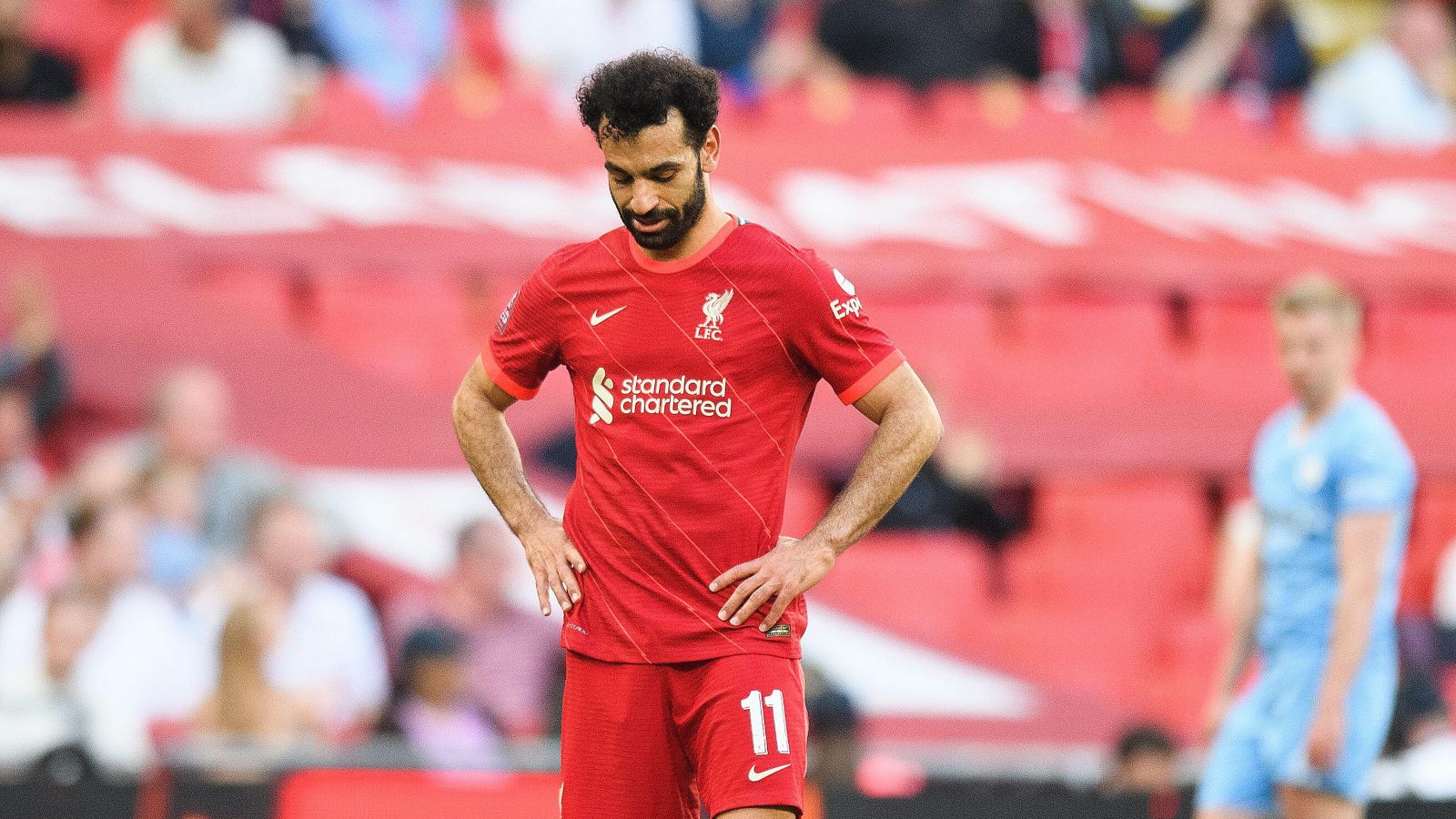 Jurgen Klopp thinks it’s ‘completely normal’ for Liverpool striker Mo Salah to suffer a goal drought ahead of his game against Manchester United.

He was slammed in the letterbox for having a ‘stink’ against Manchester City in their 3-2 FA Cup semi-final victory on Saturday, but Klopp believes it is only a matter of time before he hits the back of the net again.

Klopp said in a pre-match press conference on Monday: “It’s a completely normal fate that he goes through. We talked about the physical demands. I liked the game against [Manchester] City a lot, it was a very good game of football, it was only a matter of time before he scored again. He’s been pretty close several times.

“We’ve had a lot of discussions over the time we’ve worked together and right now there’s no need to talk about the situation, just normal things about what he needs to do in the game and everything. this kind of things.”

With Liverpool still looking to win an unprecedented treble this season, Klopp has little time to coach his side between games as the fixtures pile up.

But Klopp insists they are used to it now, saying: “We have been in this situation since January – we are used to it. Recovery sessions, one session today – then we play tomorrow. longest of the day will be here in the media room!

“As long as you succeed, you don’t have time. It’s quite demanding – I wish I had more time, but that’s wishful thinking. The boys are always ready to prepare as best they can. For the 3/4 teams in the league, it’s the same.

“If we’ve achieved anything this year it’s thanks to the way all the boys are dealing with the situation, including the boys who are not part of the team from time to time, they always maintain the quality of their training. at a high level.”