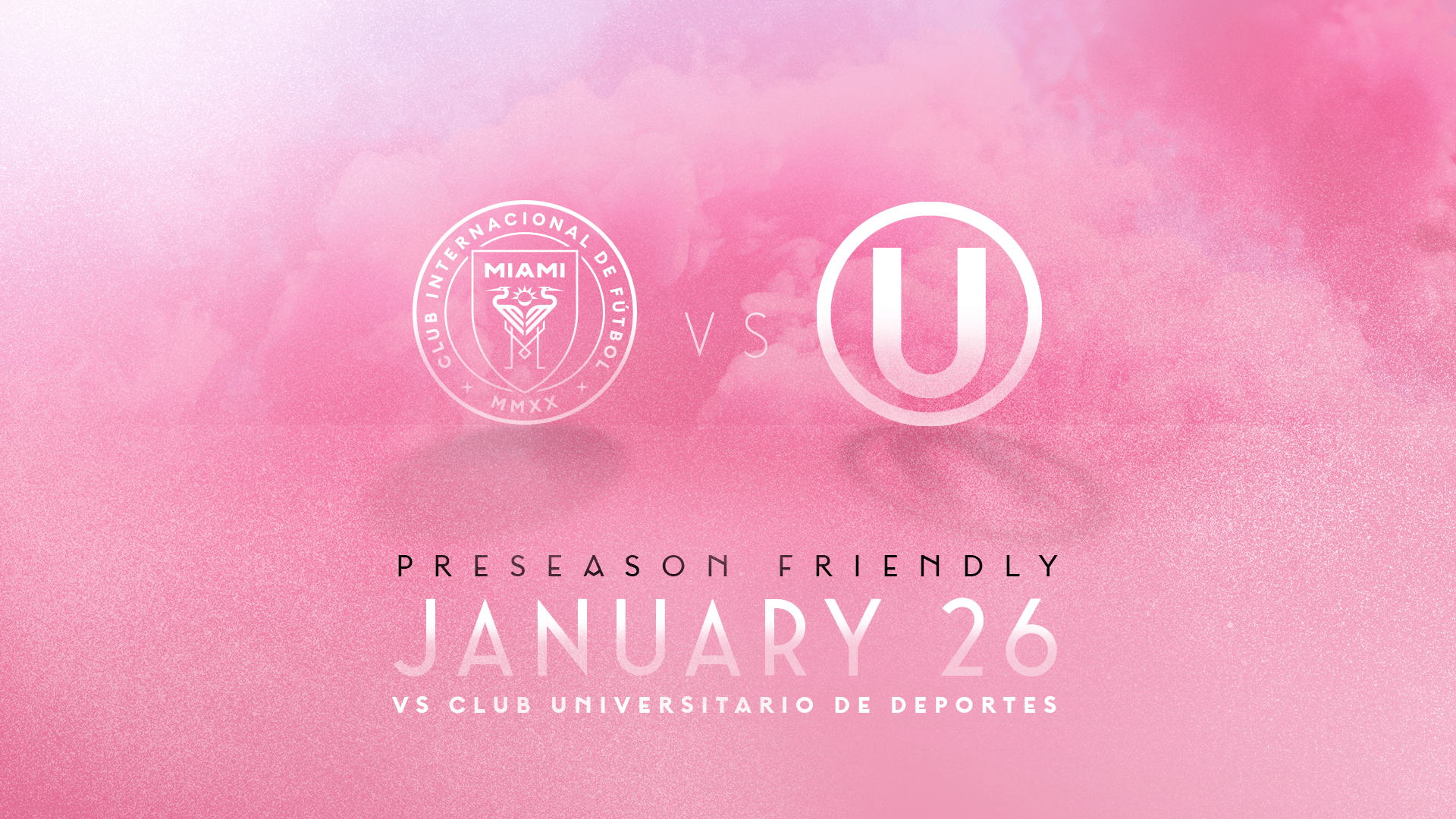 InterMiami CF announced today that the club will face Peruvian top-flight side Club Universitario de Deportes in a friendly match at DRV PNK Stadium on Wednesday, January 26 at 7:30 p.m. ET. The game is part of the club’s pre-season preparations ahead of the club’s third Major League Soccer (MLS) season, which is set to start exactly one month after the friendly and will be the first chance for fans to see the 2022 squad. in action. Wednesday also marks the first time in club history that Inter Miami will face an international opponent at DRV PNK Stadium.

Season ticket holders will benefit from reduced prices for the exciting pre-season contest and all fans are encouraged to purchase ahead of game day to secure the best prices. Tickets go on sale Saturday at 10 a.m. ET. Season subscribers will be contacted by the club via email with additional ticketing information. Free parking will be available on a first-come, first-served basis while supplies last.

Club Universitario de Deportes, commonly known as The U Where Los Cremas, is a Peruvian first division team based in Lima, Peru, which was founded in 1924. Since then, Universitario has become the most winning team in Peruvian football, with 26 league titles, and one of the teams most popular in the country. At international level, Universitario has participated in 45 continental club competitions, being the Peruvian team that has participated in the most international tournaments to date. The team plays its home matches at the Estadio Monumental which can accommodate over 80,000 fans, making it the largest stadium in South America and the second largest in Latin America.

Fans interested in securing the best ticket prices for Inter Miami’s 17 home games throughout the 2022 campaign, as well as a free ticket to the friendly match against Club Universitario de Deportes, can find out more on season pass options. here.