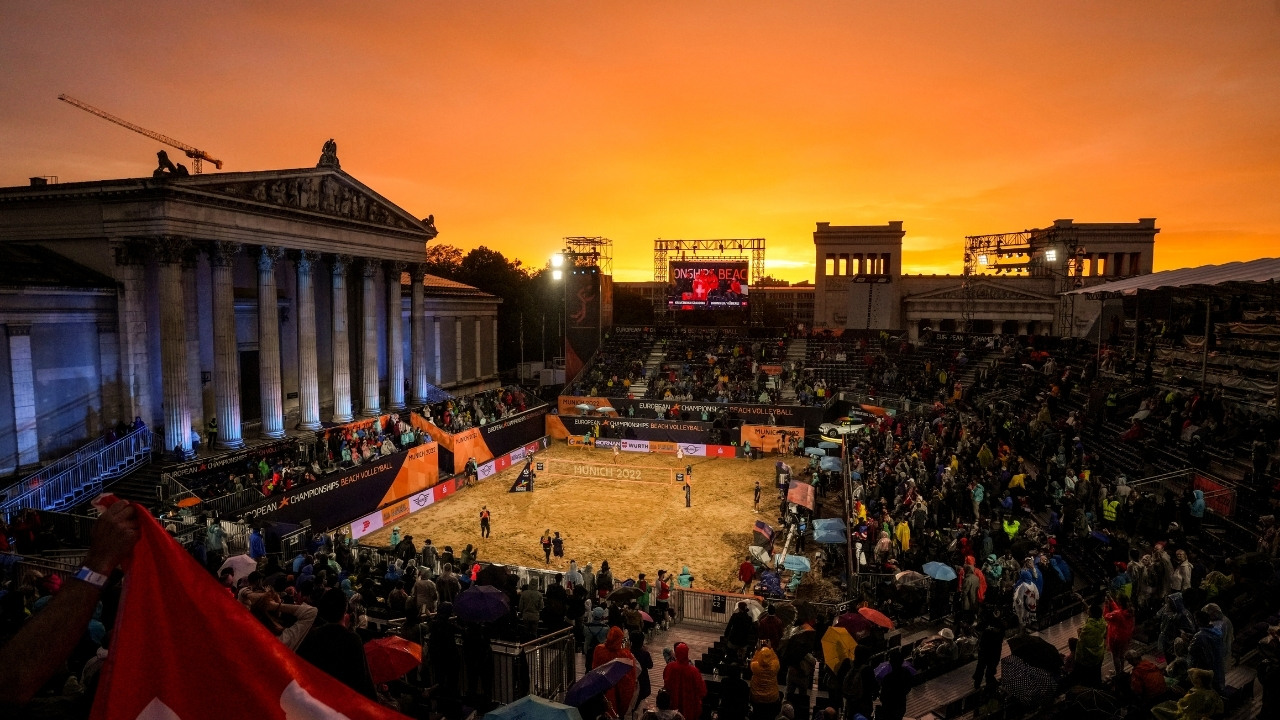 Free-to-air TV coverage of the Munich 2022 European Championships has been called an “outstanding success”, with more than 430 million hours of live coverage of the multi-sport event viewed in the eight key markets reporting figures to this day.

ARD reached its biggest audience for athletics on August 18, with an average audience of 4.8 million and a peak of 6 million for its coverage of events, including Konstanze Klosterhalfen’s memorable 5,000m win ahead of his audience. An average of 4.48 million fans followed ARD’s coverage of athletics, an audience share of 19.5%.

ARD also recorded strong viewing figures for other sports, including 2.4 million viewers for triathlon and 2.1 million for gymnastics. Overall, ARD’s average audience share for its coverage of the European Championships was 16.5%.

ZDF’s highest viewership was 5.1 million, peaking at 6.7 million, for athletics on the final day of action on August 21, when the women’s 4×100 meters relay and men’s javelin throw (Julian Weber) resulted in gold medals and the European Championships Nations Trophy for Germany for topping the medal table in all nine sports.

As with ARD, ZDF also scored high marks for other sports, including beach volleyball (2.85 million) and track cycling (2.3 million).

Other good ratings include 0.9 million viewers for Gymnastics on August 14.

NPO’s highest audience share (33.1%) was for the men’s gymnastics finals on August 21, including Dutch star Loran de Munck’s silver medal in the pommel horse final . This was followed by a 28% share for the women’s road cycling race on the same day, won by Dutchman Lorena Wiebes.

NPO’s highest viewership was over a million for athletics on August 19, which included a gold medal for Femke Bol of the Netherlands in the women’s 400 meters hurdles.

NRK achieved a remarkable audience share of 63% on August 19 for the evening athletics session in which Norway’s Karsten Warholm won a gold medal in the men’s 400m hurdles.

This was followed by a 54% share for its coverage of athletics and rowing in the August 18 morning session.

TVP’s best average live audience was 1.5 million for athletics on August 18, when Poland won two medals, including Wojciech Nowicki’s gold in the men’s hammer. TVP also reached an impressive 0.6 million viewers for its coverage of the women’s road cycling race on August 21.

The BBC produced over 120 hours of coverage on the main network channels BBC One and BBC Two during Munich 2022. As a result, the European Championships broadcasts were consistently the most watched in the UK over the 11 days of the competition, culminating in a peak audience of 3.7 million for athletics on 21 August, when Great Britain won a gold medal in the men’s 4×100 meters relay and a silver in the men’s 800 meters ( Jake Wightman).

The BBC’s coverage of gymnastics, rowing, track cycling and triathlon reached peaks of more than a million viewers on network television, while live streaming of the action from Munich reached more than half a million viewing requests every day.

“The whole is greater than the sum of the parts”

“Once again, the European Championships approach of ‘making the whole greater than the sum of the parts’ has worked well, with many sports reaching significantly higher audiences than when their events were held in isolation.”

Axel Balkausky, ARD Sports Coordinator, said: “Munich 2022 has been an outstanding success. The European Championships inspired everyone. This could be felt by the audience on site in the many different locations. We can also see it in the outstanding ratings and the number of users of our offers, but also in the very positive and emotional reactions of the athletes.

Laurent Eric Le Lay, Sports Director of France Télévisions, said: “Congratulations and thank you to the organizers and the city of Munich for offering us this very fine edition of the 2022 European Championships.

“Every day from 9 a.m. to 11 p.m., the France Télévisions teams broadcast all of the 12 disciplines that were on offer. We moved from one discipline to another throughout the 11 days of competition offering an uninterrupted succession of captivating and moving events. A great organization, a warm welcome, an enthusiastic public and a sumptuous decor in the magical place of the Olympic Park and within the city of Munich!

Eurovision Services, an EBU company, provided services for the distribution of the event’s international signal, making it available across Europe, Asia and the Americas on six separate multilateral feeds. The company also provided dedicated services to seven EBU Members.

In the state of Alabama, how many payday loans can you have at one time?