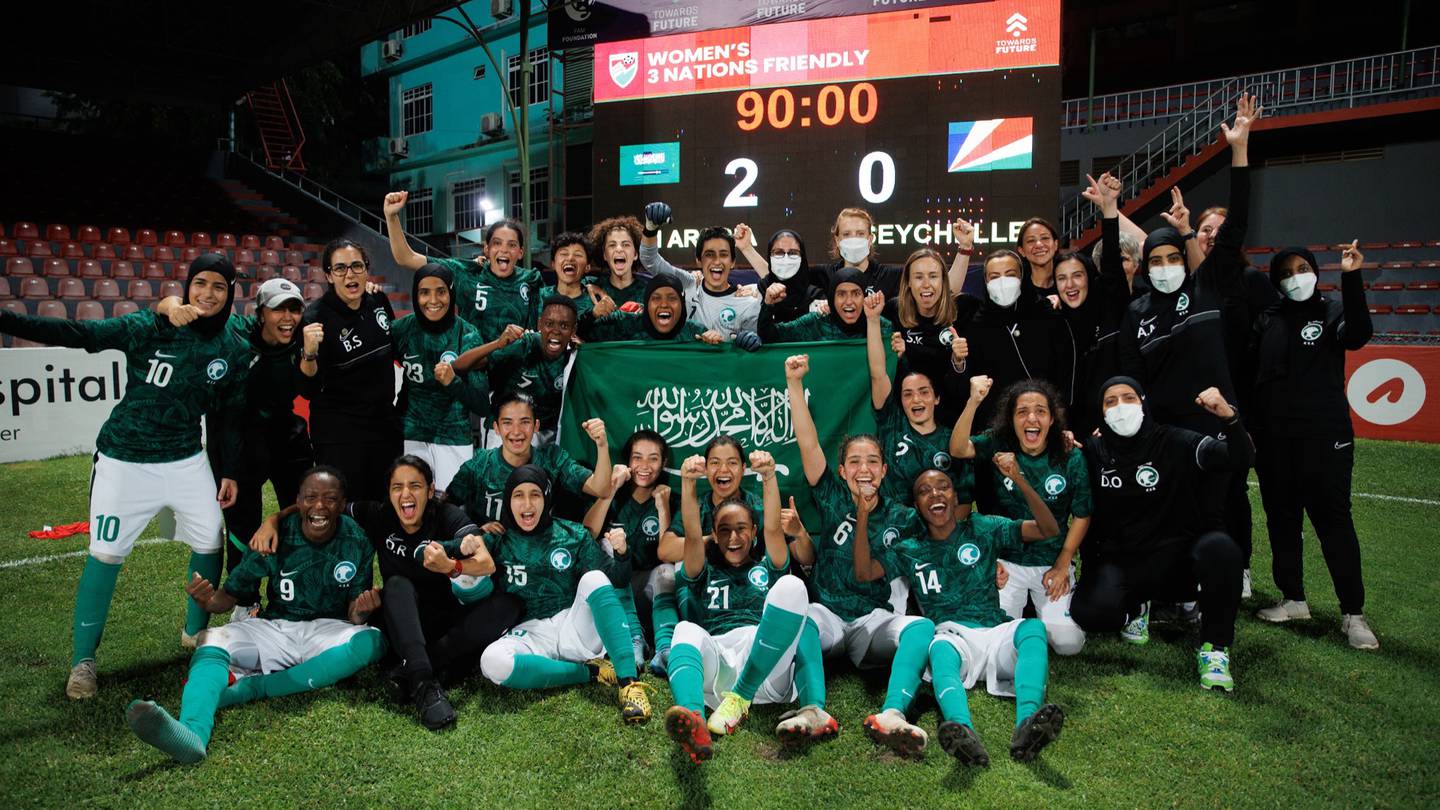 The team, led by German coach Monika Staab, made their international debut on Sunday night in the Maldives, where they beat Seychelles 2-0 in a friendly in Male.

Al Bandari Mubarak opened the scoring at the Maldives National Stadium to become the first international goalscorer in Saudi women’s football, with Maryam Al Tamimi doubling the lead from the penalty spot four minutes into the second half. The Saudis complete the brief tournament against hosts Maldives on Thursday.

Reacting to Sunday’s victory, the official Twitter account of three-time Men’s World Cup winner Pelé said: “I would like to congratulate the [Saudi Arabian Football Federation] and their women’s national football team for their first ever official Fifa match. Today is a historic day not only for you, but for everyone who loves football.”

In November, the kingdom established the 16-team Regional Football League, with eight teams then qualifying for the National Football Championship, which was contested last month.

Speaking ahead of the trip to the Maldives, Staab told the official website of the Saudi Football Federation: “Our goal is for the players to gain the necessary experience to play international matches, on top of that we are looking to join officially the FIFA rankings.

“Since last September, we have started looking for players through whom we can start the path of the national team and participate in its official and international competitions.

“The creation of the first official Saudi league through the league of regions and then the kingdom championship played a major role in the selection process, and helped us a lot as technical staff with players playing competitive matches. .. We hope the team will be fully prepared when they participate in their first official tournament.”