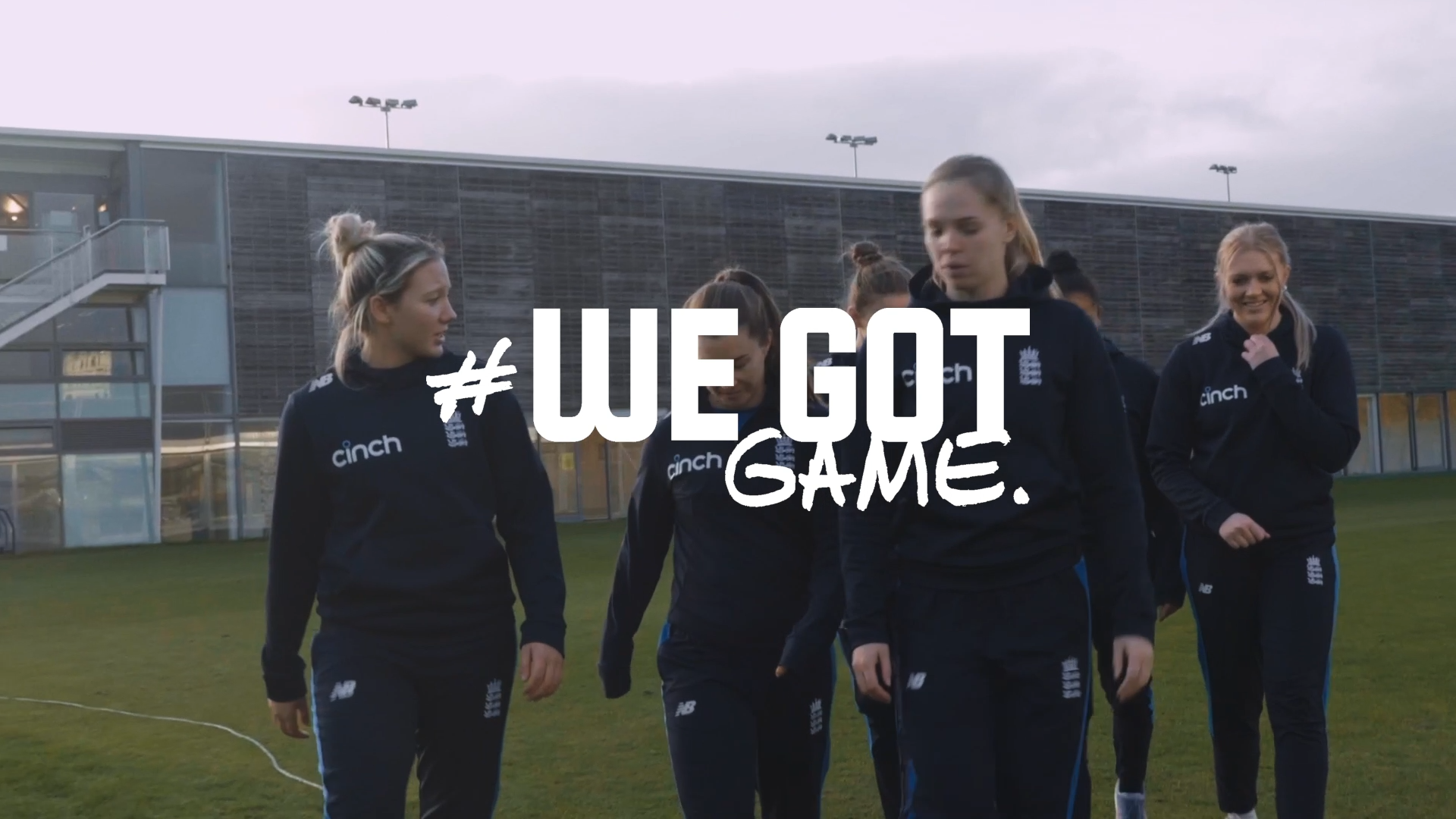 England and Wales Cricket Board (ECB)

As the 2022 ICC Women’s Cricket World Cup kicks off in New Zealand and England’s women look to defend their title, We Got Game goes live with a standalone Instagram channel and content inspired by professional and local female players.

We Got Game is a new platform designed to raise the profile of women’s cricket and welcome more young women and girls into the game to foster a better gender balance. Hosted on a new Instagram channel, @wegotgameofficial aims to unite a community of like-minded young women and girls to share their passions on and off the pitch.

After breaking attendance and television ratings records at the women’s competition The Hundred last summer, the launch of We Got Game marks the next phase of progression in women’s cricket. It illustrates the ECB’s long-term commitment to changing the way girls see the game, backed by strategic investments and proactive interventions to make cricket more welcoming to women and girls, from the grassroots to the top. level.

This is the first time the ECB has created a stand-alone women’s cricket channel, which will help illustrate the societal, mental and physical benefits of cricket for young women and girls. Currently, only 10% of girls aged 14 to 24 exercise enough to be healthy and when they reach puberty their self-confidence drops by 30%. Cricket is in a unique position to help solve this problem thanks to the supportive team environment in which you play, with each member requiring different skills and abilities, and where individuality is much needed and celebrated.

In the long term, We Got Game aims to help restore the balance between the number of boys and girls playing cricket. Currently, one in ten clubs in England and Wales has a women’s section and girls make up 27% of enrollment in ECB national participation schemes. In the first year of We Got Game, the ECB aims to increase girl registrations for All Stars Cricket and Dynamos Cricket by 25% over the previous year.

“Being part of a support team means being completely free to express myself, that’s one of the things I love most about cricket,” England player Kate Cross said. “When we win we celebrate together, when we lose we stick together, we rise. We know what we need from each other because we are like family. We Got Game is an extension of that, it’s our community. We want young women and girls around the world to know that our game is a place where whoever you are, you will be accepted and supported, and your confidence can grow. You can be who you are. We want everyone to feel welcome. »

Developed in direct collaboration with the England women’s team, the launch of We Got Game kicks off a breakthrough year for women’s cricket in that country, which includes the ICC Women’s Cricket World Cup which begins in New Zealand this week, followed this summer by the Commonwealth Games, The Hundred and home series against South Africa and India – the latter ending with a One Day International at Lord’s on 24 September.

Clare Connor, managing director of women’s cricket at the ECB, said: “This year the opportunity for women’s cricket is bigger than just winning trophies, it’s about seizing moments to raise the profile of the game. women’s cricket, making cricket accessible, more culturally diverse and more relevant for every young woman and girl across England and Wales, which is why now is a great time to launch We Got Game and encourage more young women and girls to believe that cricket is a game for them.

Transforming women’s and women’s cricket is one of six priorities set out in the ECB’s ‘Inspiring Generations’ strategy for 2020 – 2024, backed by a £50m investment in women’s football by 2025. The sheet The road to activating it is set out in the Transform Women’s & Women’s Cricket Action Plan (launched in 2019) and direct investments have significantly accelerated the development of women’s football in recent years. Evidence of success and future ambitions around four key areas of performance, participation, profile and journey include:

To see everything happening on, on and off the pitch and be part of the new We Got Game community, follow them on Instagram @wegotgameofficial.