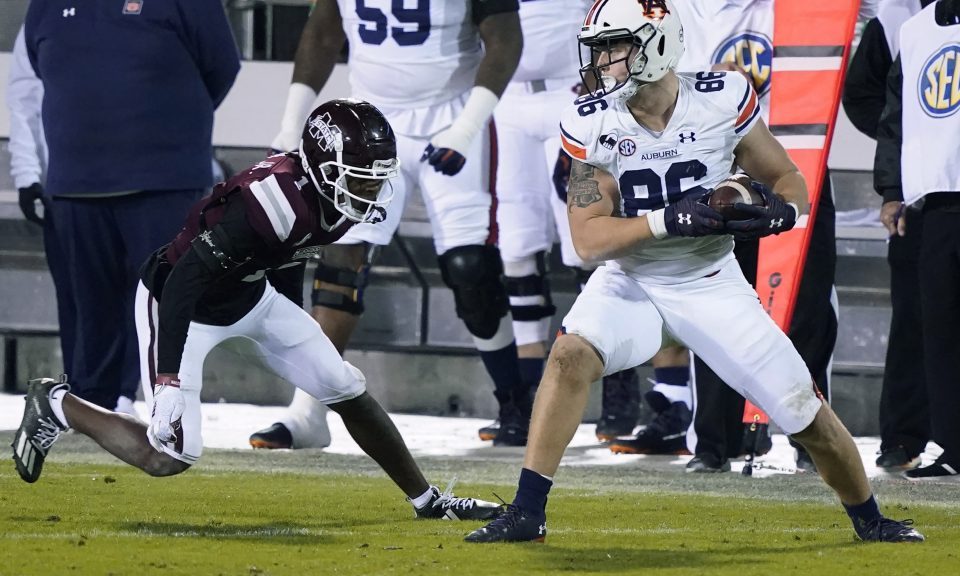 Auburn football is back to normal, and that includes being named the Iron Men of the Week.

The Iron Men in Week 4 were tight end Luke Deal and Edge player Eku Leota. This is a weekly award given to an offensive and defensive player to recognize their hard work during the offseason.

Week 4 Iron Man The Week Goes To @ekuleota and @lukedeal86 . Both have dominated the training program and raised the level of competition! #TEAM #WDE 💪🦅 pic.twitter.com/tRaEfn3aF7

Leota, who transferred from Northwestern last season, had 23 tackles, 10.0 tackles for loss, 7.0 sacks, six quarterback rushes and a forced fumble.

Leota, alongside fellow senior Derick Hall, is a leader at Auburn’s Edge and will be looking to make an even bigger impact in his second season on The Plains.

Deal is part of a deep and talented tight end room for Auburn. He caught eight receptions for 65 yards and a touchdown and was used more as a tackle than a receiver. Deal should see plenty of action in his junior season as he looks to become more of a receiving threat.

After the IPL 2022 auction, why all eyes will be on the Karnataka High Court