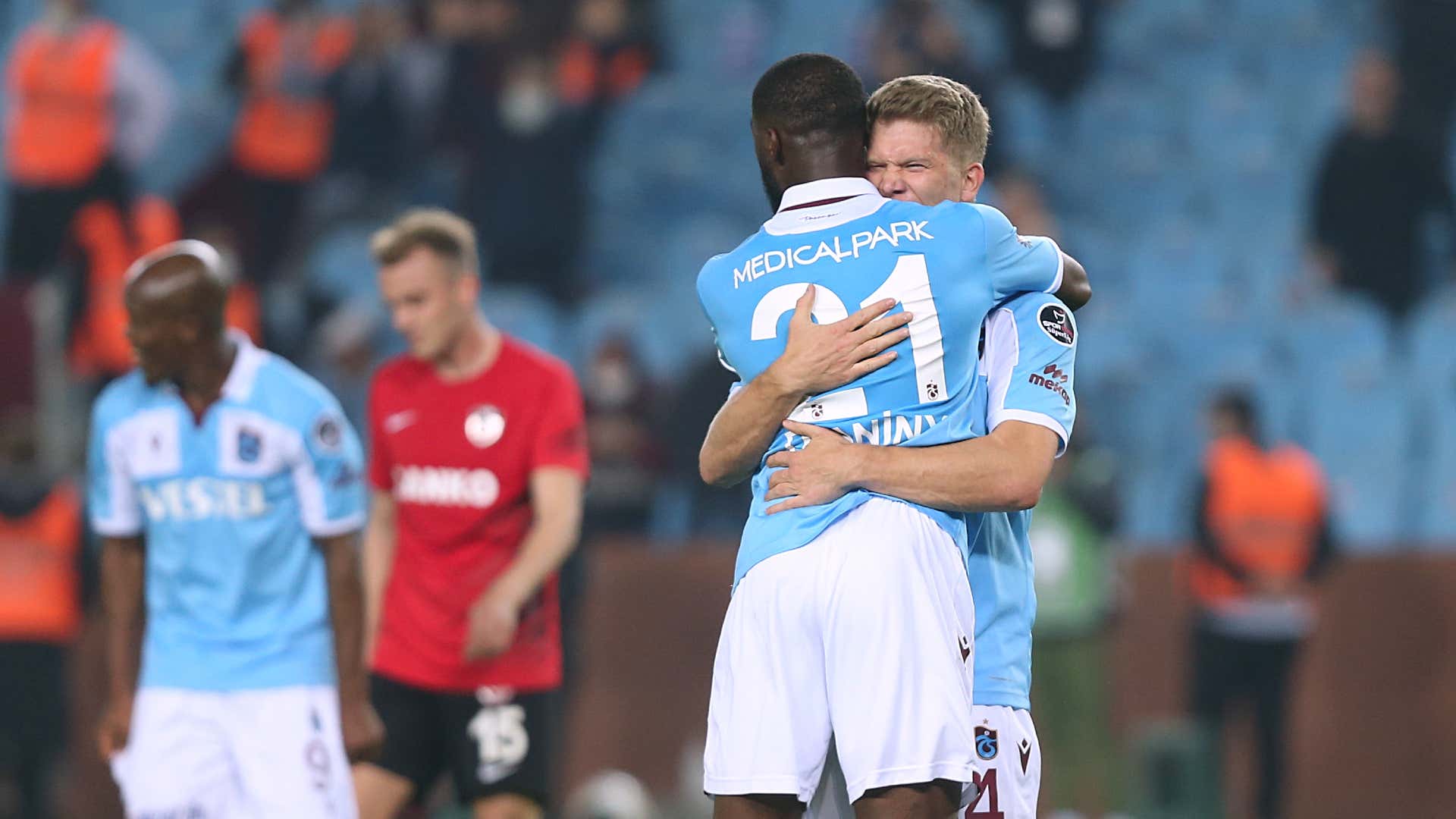 Trabzonspor recorded a 3-0 victory over Gaziantep FK in Monday’s Turkish Super Lig game, with Djaniny securing a goal and an assist.

In his 11th game of the 2021-22 campaign, the Cape Verdean international delivered an impressive performance to help the Black Sea Storm win.

Unbeaten in their last ten matches in all competitions, Trabzonspor welcomed Erol Bulut’s men to Medical Park Stadium, who are still looking forward to their victory over KasÄ±mpasa in the last outing.

As the evening turned out to be a rewarding one for the hosts, they took the lead after 19 minutes when Abdulkadir Omur fired an unstoppable shot from a long-range free kick.

The ball sailed into the upper right corner of goalkeeper Gunay Guvenc.

Although GFK tried to restore parity almost immediately, the danger was averted by the hosts’ bottom line.

Nouha Dicko got the end of a nice cross from Recep Niyaz but placed his header at close range well away from the left post.

In the 42nd minute, Abdullah Avci’s men doubled the lead thanks to Djaniny passing the ball in front of Guvenc – taking advantage of a beautiful cross from Nigerian Anthony Nwakaeme.

In the first half which produced three goals, the Cape Verdean became the passer for Andreas Cornelius who scored at the stroke of half time.

Referee Suat Arslanboga disallowed the goal for offside, however, the goal was maintained following intervention by VAR.

The second half was not lacking in action but produced no goals as Gaziantep returned home with his head bowed.

With man of the match Djaniny in action from start to finish alongside Guinean-Bissau Edgar Ie, Nigerian Nwakaeme was replaced by Serkan Asan with three minutes left.

Elsewhere, Ivorians Gervinho and Bengali-Fode Koita were not selected for action due to contrasting degrees of injury.

With this result, Trabzonspor remains at the top of the Turkish top flight with 33 points in 13 matches, while Gaziantep drops to 14th place with 15 points in as many outings.