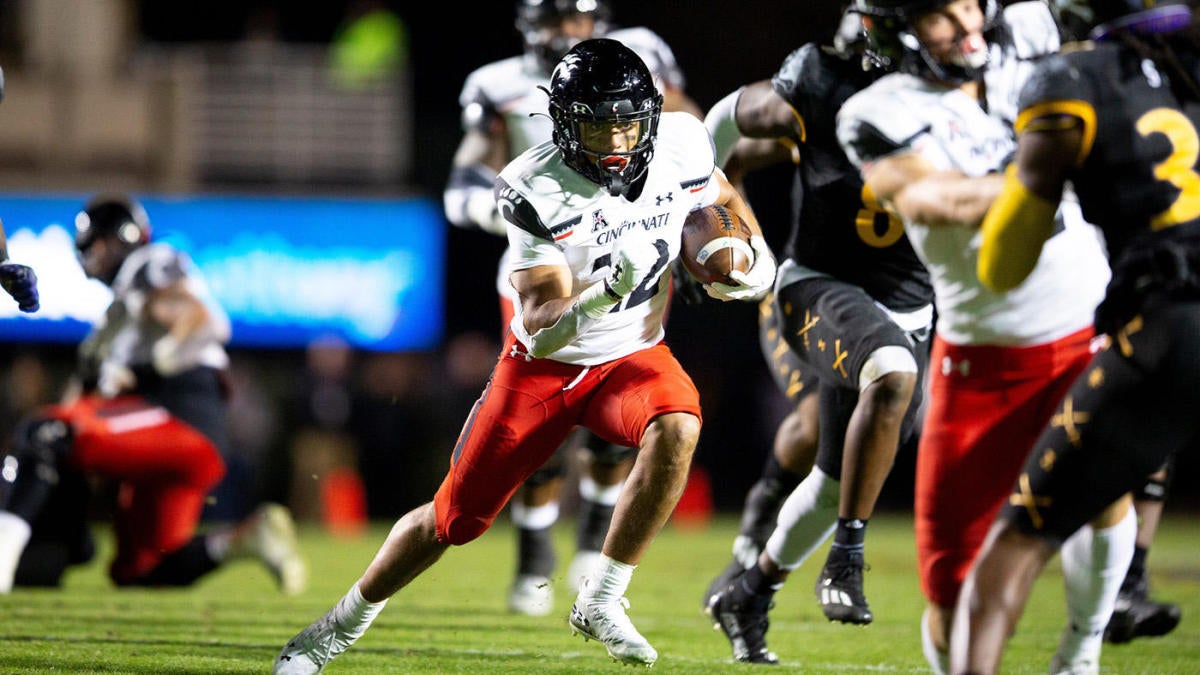 The final week of college football’s regular season kicked off with action on Friday as several teams took to the pitch for key rivalries or conference games. Among those actions was a team from Texas with little to play except pride. The Longhorns finally ended their longest losing streak in 65 years (six games) by closing the season with a 22-17 victory over Kansas State.

Junior running back Roschon Johnson ran for 179 yards as the Longhorns defense got their best effort in weeks from a beleaguered unit. The 17 points awarded were the least the team had given up all season, except for a 58-0 shutout against Rice.

No.4 Cincinnati also put in a strong defensive performance in a 35-13 win at East Carolina, although that’s what you’d expect from the Bearcats at this point. Without three turnovers, the Bearcats might have won by even more. But it was a relatively painless regular season finale nonetheless for a program that has now posted consecutive unbeaten regular seasons.

The win sets Cincinnati up for a showdown against No. 24 Houston in next week’s AAC title game. Win and the Bearcats have an excellent chance of being the first team in the Group of Five to advance to the college football playoffs.

In another action, No.20 NC State made a miraculous return to North Carolina to set up a pivotal Saturday in the ACC Atlantic Division. Friday’s result eliminated Clemson from consideration for the division title for the first time since 2014. If No.18 Wake Forest loses at Boston College on Saturday, the Wolfpack will represent the Atlantic Division against Pittsburgh in the Championship game. ACC next week. But a Demon Deacons victory would send them to the title game against the Panthers.

Finally, Washington State broke a seven-game skid in the Apple Cup to beat Washington 40-13 in the biggest margin of victory for the Cougars in rivalry history. Additionally, if Oregon loses its rivalry match to Oregon State on Saturday, Washington State will enter the Pac-12 Championship game to face Utah.