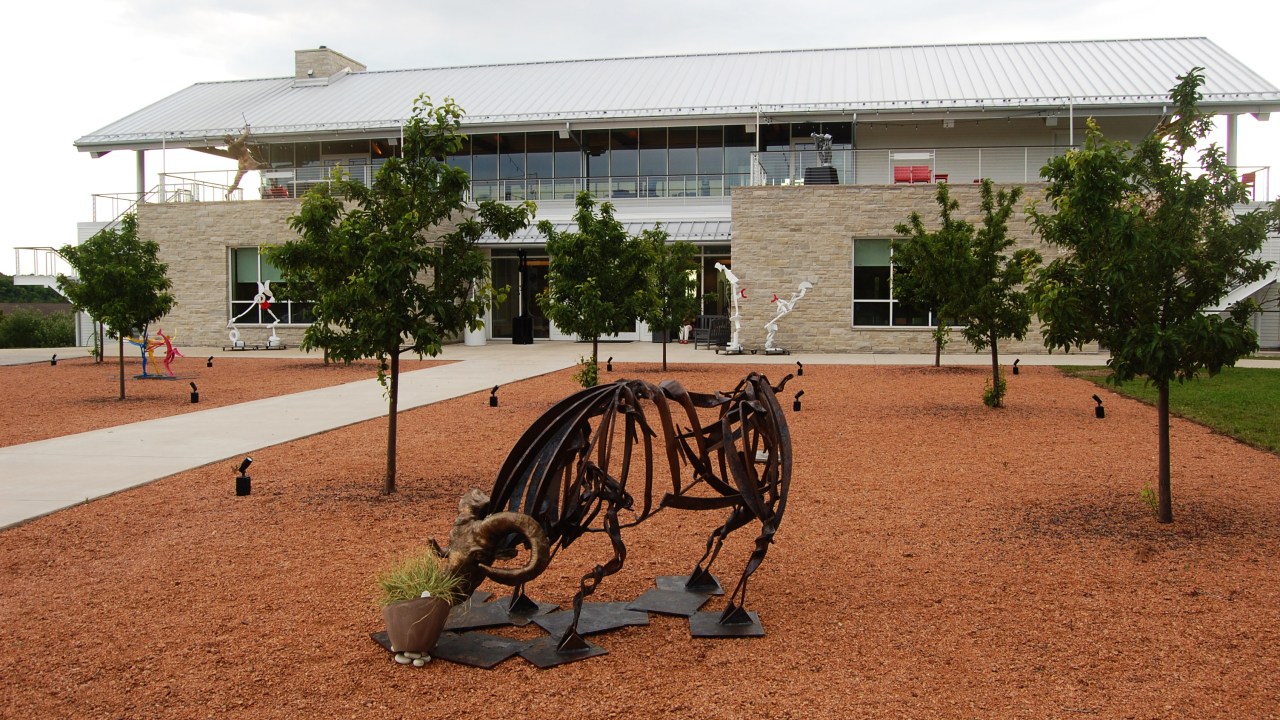 PORT OF THE EGG, Wis. (WFRV) – The Peninsula Music Festival will once again present three classical music concerts as part of its “February Fest” in the Donald and Carol Kress Pavilion. Info: musicfestival.com.

The organization launched the event a few years ago to keep its name active beyond its famous summer concert series.

According to a press release: Concerts start at 2 p.m. on three consecutive Sundays. A snapshot:

The number of places is limited to 100 per concert. Reservations: peninsulefestival.com.

NOTE: The festival will require full proof of vaccination for guests, regardless of age, at all shows presented during its 70th anniversary season. In the absence of proof of vaccination, a negative COVID test performed 72 hours or less at the scheduled time of the performance will be accepted. In addition, all clients must wear a mask inside the room and throughout the duration of each performance. If conditions and guidelines change allowing for relaxed protocols, customers will be notified via email the week of the concert.

Kick-off of the series February 6 will be esteemed members of the Festival Orchestra – violist Thomas Kluge and principal keyboardist Christi Zuniga.

On the program, works by Wolfgang Amadeus Mozart and César Franck.

Thomas Kluge is the principal viola of the Omaha Symphony, an active chamber musician, recitalist and soloist. Prior to moving to Omaha, Kluge was a freelance musician in New York City, performing with the New York Philharmonic, numerous orchestras across Connecticut, and numerous chamber orchestras. Apart from his work with the Omaha Symphony, Kluge performs regularly as a recitalist and chamber musician. He was a founding member and artistic director of the Omaha Chamber Music Society, with which he has a close relationship. Kluge was educated in New York at the Manhattan School of Music. Prior to obtaining his Masters in Viola Performance, Kluge studied in Stuttgart, Germany, and Bern, Switzerland, where he obtained a Diploma in Violin Pedagogy and Viola Interpretation and Pedagogy from the Conservatory of Music. and Bern theater. Kluge is active as an educator. He maintains a small private studio, teaching violin and viola. He has served on the faculties of the University of Nebraska at Omaha, the University of Creighton, the Brevard Music Center in Brevard, North Carolina, and the Omaha Conservatory of Music. Kluge plays a viola made for him by the eminent American luthiers Carl F. Becker and his daughter Jennifer.

Christi Zuniga is originally from Atlanta and has served as Principal Keyboardist with the Omaha Symphony Orchestra since 2000. She received her Bachelor of Music in Piano Performance from Clayton State College. She received a master’s degree in chamber music and accompaniment from the Curtis Institute of Music in Philadelphia. Zuniga previously performed with the Atlanta Symphony, the Charleston Symphony and the Curtis Symphony Orchestra, which was the resident orchestra of the Evian International Music Festival in France in 1990 under the direction of Mstislav Rostropovich. Before moving to Omaha, Zuniga was an accompanist and piano teacher at Clayton State College, south of Atlanta. In addition to regular engagements with the Atlanta Symphony Orchestra, she has also performed with other members of the orchestra and accompanied rehearsals of the Atlanta Symphony Chorus. As an accompanist, she worked with performers in master classes taught by Jean-Pierre Rampal, Yo-Yo Ma, Isaac Stern, Lynn Harrell, Elly Ameling, David Gordon, Peter Lloyd, Bonita Boyd and Paula Robison. She has collaborated with many guest artists, including Joseph Alessi, Thomas Bacon, Patrick Sheridan, Cindy Ellis and Peter Verhoyen. In addition to his full-time position with the Omaha Symphony, Zuniga has served as Principal Keyboardist of the Peninsula Music Festival’s Festival Orchestra for the past five seasons. She accompanies musicians in the greater Omaha region for various concerts and competitions, and resides in Ralston, Nebraska, with her husband and their Chihuahuas.

the February 13 The concert returns Festival Orchestra principal trumpeter Terry Everson alongside his son and fellow trumpeter Peter Everson, who has performed with the orchestra a few times and studied with his father at Boston University’s School of Music.

The Everson duo made their debut in 2008, when Terry composed “Hyfrydol Aspects” for Peter, accompanying him on piano at the National Trumpet Competition in Fairfax, Virginia. Since then, they have appeared together with increasing frequency, including the 2018 Ohio International Trumpet Guild Chapter Conference, the 2019 National Trumpet Competition and Boston University Tanglewood Institute and the Virtual International Trumpet Guild Conference 2021. As of 2019, they perform in as artists associated with the Rodney Marsalis Philadelphia Big Brass in Wisconsin, New York, North Carolina, Ohio, Arizona and Missouri, with dates coming in 2022 in Florida, Missouri, Arkansas, Maine, Pennsylvania and Indiana. Terry Everson is currently the Alice and Martin Krebs Principal Trumpet of the Peninsula Music Festival Orchestra. He has been on the faculty of Boston University College of Fine Arts and the Tanglewood Institute since 1999 and as a master educator his work at Boston University has been recognized with the University’s 2014 Metcalf Award for Excellence in teaching. His masterclasses have been acclaimed at the prestigious institutions of Northwestern University, Rice University, Yale University, University of North Texas, University of Michigan, Florida State University, New England Conservatory, Royal College of Music, London, Costa Rica’s National Symphony Conservatory. and the Xi’an and Shenyang Conservatories in China. Terry was first acclaimed in 1988 when he won the first Ellsworth Smith solo competition sponsored by the International Trumpet Guild, and a year later he was the winner of the first prize in the Louise International Music Competition. D. McMahon in 1990. He has attended 15 international Trumpet Guild conferences since 1980, published three complete recordings of outstanding modern works for trumpet and piano, and recorded as a soloist with the New England Brass Band, Lexington Brass Band, Eastern Wind Symphony, and has been featured in more than 60 CD releases as the solo trumpet of the Boston Modern Orchestra Project. Terry’s annual performance on July 4 as the solo trumpet of the Boston Pops Esplanade Orchestra is seen worldwide by millions each year via broadcast, and in addition, he has appeared as a featured soloist with the orchestra during of several tours. Terry has performed as a soloist with the Costa Rica National Symphony Brass and Percussion, the US Army Band (“Pershing’s Own”), the Boston Modern Orchestra Project, the Peninsula Music Festival, the Lexington Philharmonic, Rodney Marsalis Philadelphia Big Brass, the Tanglewood Young Artists Wind Ensemble, Brass Band of Columbus, New England Brass Band, and many college and high school wind ensembles. Since the pandemic, Everson has turned his creativity to online outlets, self-produced videos by the Boston University Trumpet Ensemble, the Everson Family, and a full recital for the Virtual International Trumpet Guild Conference 2021. Last September, Everson added management to his repertoire as the newly appointed Music Director of the New England Brass Band, leading his comeback after an 18-month COVID hiatus.

Peter Everson is an independent Boston-area musician and frequently tours across the country with the Rodney Marsalis Philadelphia Big Brass. Peter graduated from Boston University in the spring of 2020 with a degree in trumpet performance, studying with his father, Terry Everson. He has performed at Boston Symphony Hall, Jordan Hall and Mechanics Hall. During the summers, Peter performed with the Peninsula Music Festival Orchestra and the Masterworks Festival in Spartanburg, SC, and worked as a trumpet assistant at the Boston University Tanglewood Institute. Peter was featured in his father’s solo recital as part of the 2021 Virtual International Trumpet Guild conference. He is currently employed by the SE Shires Company, a Holliston, Mass. Based brass manufacturer working in order management, administration and sales. Additionally, Peter is extensively involved in the music ministry at Metro Church in Marlboro, Mass., Singing, playing bass guitar, and writing worship music.

Colin Welford was Professor of Organ at the University of Oxford and Professor of Conducting at the Royal College of Music in London. He received graduate degrees from the University of Miami in conducting and Columbia College of Chicago in film music composition. As conductor, guest conductor and assistant conductor, Welford has performed at the English National Ballet, Royal Ballet, Opera North, English National Opera (assistant), New World Symphony (guest) and at the Florida Grand Opera, and as conductor for three years. at the New World School of the Arts. As Music Supervisor and Music Director, Welford has been at the helm of “The Lion King” (Music Supervisor, 13 productions worldwide); “The Who’s Tommy” (music supervisor, 13 productions worldwide); “Billy Elliot” (music supervisor, five productions worldwide); “Wicked” (four years as a music director for a Chicago company); “Hamilton” (three years as musical director at a Chicago hospitality company); and The MUNY in St. Louis (Music Director, “Billy Elliott”, “Jesus Christ Superstar” and “Annie”). As a pianist, Welford was the official accompanist of the Carl Flesch International Violin Competition and the Yehudi Menuhin International Violin Competition. He has accompanied recitals for trumpeters Gil Johnson (The Philadelphia Orchestra) and Kevin Hartman (Milwaukee Symphony) and other prestigious violin and vocal recitals at the Barbican, the Purcell Room and in the United States at the White House.

The final concert February 20 will feature Jonathan Bass, a Washington Islander, virtuoso and recipient of the 2019 George Verheyden Memorial College Scholarship from the Peninsula Music Festival.

On the program, works by Price, Schuman, Rachmaninoff, Chopin and Debussy.

Jonathan Bass is currently a student at Lawrence University in Appleton, Wisconsin, where he was recently named the winner of the concerto competition. A recipient of the Margaret Gary Daniels Keyboard Performance Award, Bass holds an Accompaniment Fellowship from Lawrence University and is active as a soloist and collaborative pianist. Bass is also a graduate of the Academy of the Arts in Interlochen. Winner of the Wisconsin MTNA competition, Bass is an alumnus of many summer music programs, including Birch Creek, Rocky Ridge, and the Decoda Chamber Music Festival, for which he received a tuition scholarship. Bass made its orchestral debut in 2019, performing the first movement of Rachmaninoff’s Second Piano Concerto with the Birch Creek Symphony Orchestra. Bass began his musical education on Washington Island at the age of 3.

Novak Djokovic denied entry to Australia due to vaccine exemption