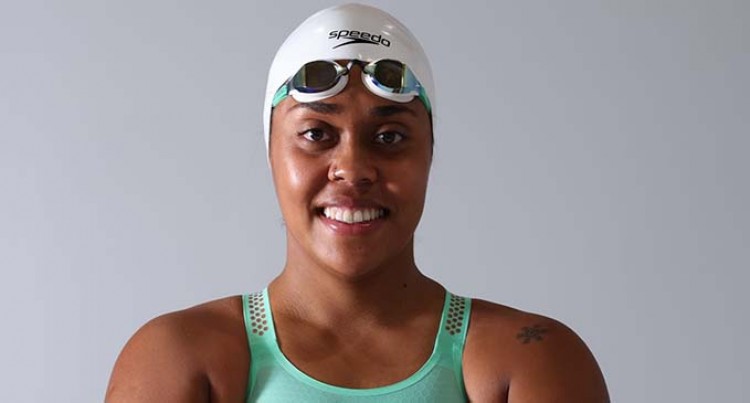 Cheyenne and Taichi Vakasama were the two regular swimmers throughout the year and won the two universal spots for Team Fiji.

Cheyenne was third in wave five of the women’s 50m freestyle and clocked a time of 27.11s. And although he did not qualify further, it was a great achievement for his father and Fiji Swimming (FS).

Cheyenne and Taichi Vakasama were the two regular swimmers throughout the year and won the two universal spots for Team Fiji.

“It’s very humbling to have one of your own children representing your country at a world event like the Olympics,” said Rova.

“Cheyenne is a very dedicated and mature person who is not only intellectually gifted, but a very motivated person.

“I always proudly use him as an example to the swimmers and parents at our club and our school, of someone who has shown dedication and taken advantage of the opportunities that are available to him.

“Through swimming, she graduated from the University of Minnesota in the United States with a BSc and also a Postgraduate MSc in Sports Science. Even as a teacher now at Nadi International School, Cheyenne is still working hard on her training and attendance statistics for this year, showing she is one of the most consistent swimmers for 2021 with FS.

“Since her first competitive international event representing Fiji in 2005 at the age of 9, she has competed in so many international competitions and the Olympics were the ones she loved to attend.

“She has now fulfilled the dream of competing in the Olympics and I am so proud of her accomplishments and give glory and honor to God for blessing my family with such a role model.”

Taichi and Cheyenne were both competing in their first Olympics and Rova said it was an honor for their two families, their swim club and their peers.

There was a selection criteria in place that swimmers had to meet and which was followed by the FS selection committee to determine who the two swimmers were under the universality place, since no one had made the qualifying time. Olympic required.

“We had shortlisted eight swimmers as part of our Olympic training team and Fiji Swimming would like to thank Epeli Rabua, Netani Ross, Temafa Yalimaiwai, Hansel McCaig, Moana Wind and Rosemarie Rova for doing their best and helping push Taichi and Cheyenne for the two lunges.

“With the absence of former Olympians Matelita Buadromo and Meli Malani, it opened the doors for the two swimmers.

“Fiji Swimming is very proud of the swimmers and their accomplishments. Both are champions in their own right and have dominated their respective events over the years. Both have also been gold medalists at previous Pacific Games and going to the Olympics is one of the highlights and an ultimate dream for any athlete. “