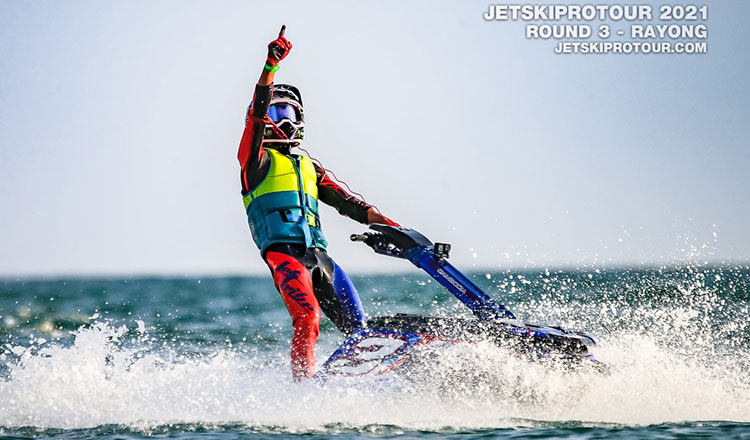 Cambodian national jet skier Sali Umet expressed his pride and happiness after winning the 2021 Asian Jet Ski Pro Tour in Thailand in the Pro Am.

Sally Umet has confirmed that the event is split into four rounds, starting at the end of October and ending the fourth round on December 18 and 19.

In each round Umet has performed well, winning first place three times, except in the second round due to a damaged jet ski, making this exceptional player a fourth place finish.

The 2018 Asian Games gold medalist continued, “After completing all four sets, I got the most points and first place. I am very proud and happy to have become the champion at this Asian level, especially to build the reputation and honor of the nation, and I will continue to work harder to prepare for other international competitions in the future. . “

Sally Umet added that after the event, the five Cambodian athletes will have another important mission, the third round of the Jet Ski World Series 2021-2022 in Thailand in mid-January.

Athletes from around 60 countries participated. For the first two rounds in Poland and the United States, Cambodian players did not participate due to delays in visa applications.

However, they will participate in the third round to strengthen their capacity to prepare for the 2023 SEA Games in Cambodia. Quick news