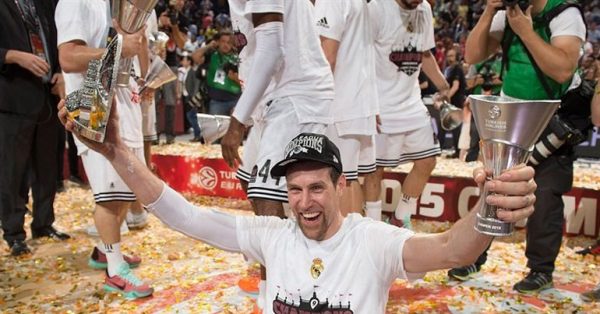 By the Eurohoops team/ [email protected]

Andres Nocioni, one of Argentina’s basketball greats and former EuroLeague champion and Final Four MVP, has criticized the use of naturalized players by national teams, especially when there is no connection between them and the country they represent.

“I would never sign a foreign player,” Nocioni told Infobae when asked about Argentina head coach Pablo Prigoni’s recent comments on the naturalization of American full-back Lorenzo Brown by EuroBasket champions Spain. 2022. “I don’t think that should be allowed. It’s one thing if a player is an import who has just practiced from an early age, lives in the country and plays in a team. In this case, it is possible, it can be selectable. But going out to sign players, as needed… no. That’s what clubs are for, not national teams. Also, buying players for your team is not cheap. It is better to invest this money in training and it is a process of monitoring inferior players who in the future can participate in our selected teams.

Nocioni was one of the prominent members of the ‘golden generation’ of the Argentina national team which also included Manu Ginobili, Luis Scola, Prigioni and Fabricio Oberto, among others. He won 12 medals in international competitions, including gold at the 2004 Olympics, silver at the 2002 World Cup and bronze at the 2008 Olympics.

In 2015, Nocioni pushed Real Madrid to win their first EuroLeague championship in 20 years while being named Final Four MVP. He spent six years in Spain from 2012 to 2017 until his retirement.

From 2004 to 2012, Nocioni played in the NBA with the Chicago Bulls, Sacramento Kings and Philadelphia 76ers.