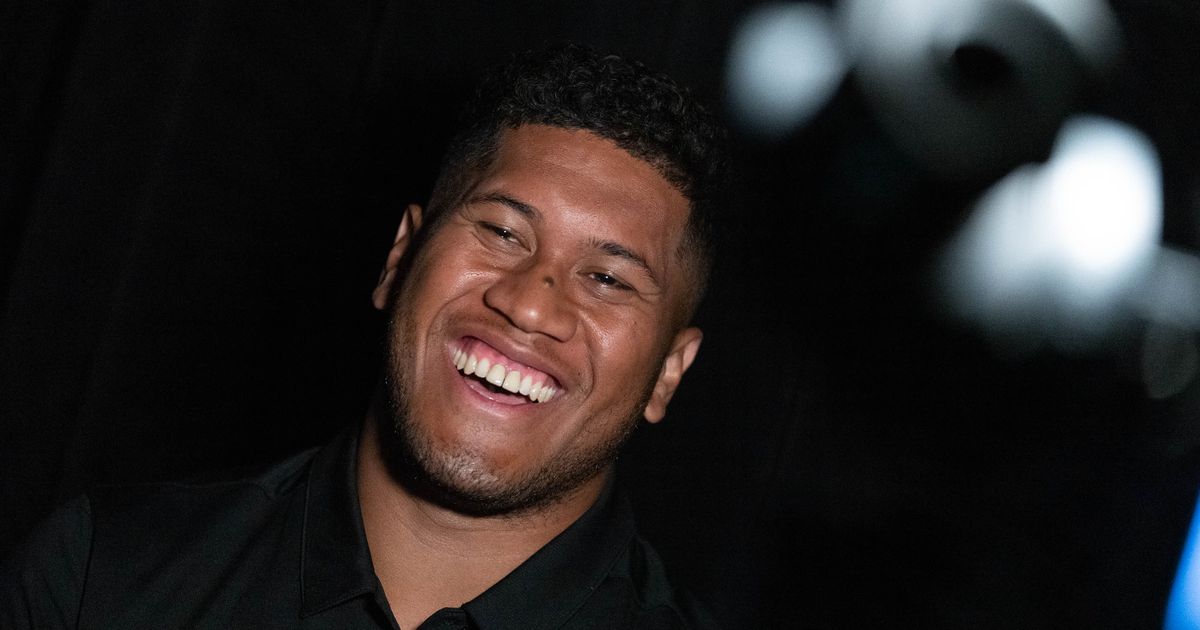 Uriah Leiataua does not fear his greatest vice. And truth be told, why should he? He is a rising TikTok star.

Just recently, he went viral on the entertainment app – teaming up with former Utah star and Rose Bowl sensation Britain Covey. They documented their NFL Draft workouts together, spoofing the Utah-BYU rivalry in the process. Covey is something of a TikTok expert. Leiataua was just there for the ride.

“He was telling me where to look at the camera and everything,” Leiataua joked. “[Sometimes things] are serious, but TikTok is just funny. It is joy.

Leiataua has over 120,000 likes on TikTok, a number that’s steadily growing as he takes people through the lighthearted moments of the NFL Draft process. But ultimately, the former BYU defensive lineman wants to be known for something more. He wants to be a late-round pick in this year’s NFL Draft, or get into training camp somewhere.

He knows his candidacy for the NFL is murky. And it’s a bid made more complicated by the fact that Leiataua retired from the sport a month ago, only to return late in the NFL Draft process.

No amount of TikTok videos will change that. But these videos are important for one thing. They offer insight into why he’s trying his hand at this unlikely journey. He wants to find joy in the sport that almost broke him. Whether that ends in an NFL contract is irrelevant. It’s about closing this chapter of your life on your own terms, having fun.

“He was broken,” Amaris Leiataua, his sister, said of how Leiataua ended his career. “I saw him doubting himself. But now he’s excited [again].”

On the surface, Leiataua is an NFL longshot. He was not the most productive college football player and came in and out of BYU’s starting lineup. In five years, he finished with five sacks and 69 tackles. Combine that with injuries and his NFL stock plummeted.

It was no surprise that the Senior Bowl and Shrine Bowl went without Leiataua this winter. He wasn’t on scouts’ radar and NFL teams weren’t considering him.

“NFL showcase invitations are a first litmus test [to gauge] NFL interest,” said Evan Brennan, an NFL agent who has represented numerous BYU players. “Without an invitation, that means the teams, at this stage, aren’t really interested.”

So Leiataua went straight home to California after the BYU bowl game. He retired from football and told officers he was retired. He talked to his sister, a BYU law student, about following her to law school.

Throughout his month at home, his dad often came to see him around the house and asked him to try out for the NFL. He didn’t want him to have any regrets or leave football on a painful note. But each time, Leiataua refused.

The final act of his football career was to take place in early January, when he returned to Provo to return football equipment to the equipment staff. It was just a back-and-forth, until he met BYU’s NFL liaison Jasen Ah You.

“It broke my heart to see him,” said Ah You, who didn’t know Leiataua had retired until he saw him in the equipment room. “I know the NFL was his dream since he got here. I called him into my office and said, ‘What could be worse if they say no?’

Ah You thought Leiataua’s size could help mask the lack of productivity. It wasn’t a good plan for BYU. But, more importantly, Ah You felt like Leiataua was momentarily disillusioned with football and it was clouding his judgement.

Much of it stemmed from 2020. At the time, Leiataua was talking freely about wanting to play in the NFL. He broke up with his girlfriend and withdrew from his friends to focus on the dream. But even before the start of the season, he broke his leg.

When football stopped, Leiataua also stopped. His calculation had failed. Football has become a source of pain.

“That was the lowest point,” Amaris said. “I have never seen my brother cry. I think that he [lost his joy].”

But now he found that joy again because Ah You convinced him to come back. This is partly why he makes his TikToks. They are harmless, but symbolize his journey coming full circle – smiling around football again.

The road to the NFL is still difficult, especially since he started as late as he did.

“It’s a shortened window, you have between eight and 12 weeks to train for the draft,” said Skylar Mayne, his coach. “He missed two weeks…a good chunk of the time.”

BYU’s Pro Day next month is essentially Leiataua’s last chance. If he runs well and tests well, he will have a chance. Otherwise, his career could end in a month. But Ah You told him it was a “new season” as far as Pro Day was concerned.

“I don’t want to have any regrets,” Leiataua said. ” I’m having a lot of fun. I have great confidence in myself as a player. I just need to show it.

Are trade secret busts real or a myth?